Cops recover pistols, arms and ammunition, motorbikes and mobile phones from the offenders 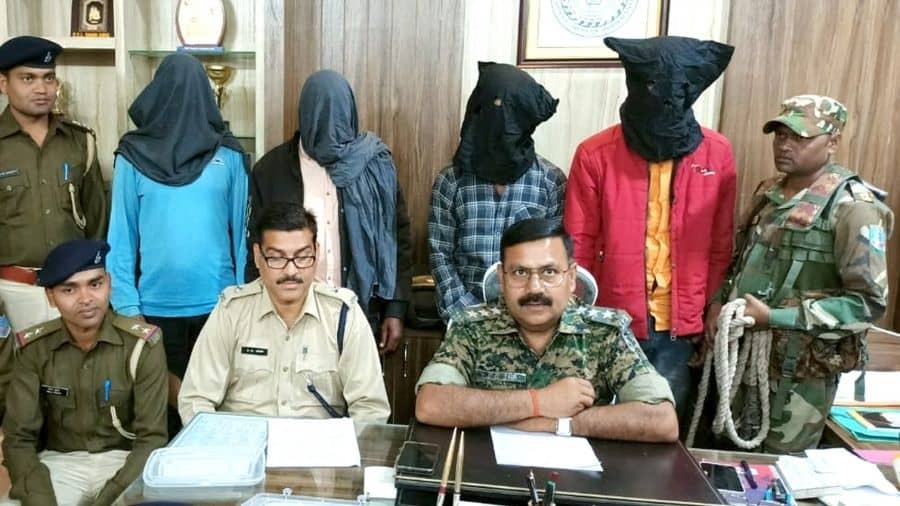 Bokaro police on Tuesday arrested four history-sheeters engaged in extortion demand and levy collection from traders, industrialists, and other persons as part of an extortion racket.

The police also recovered arms and ammunition from the miscreants besides other articles.

Notably, on December 27 last year, 8-10 unidentified arm-wielding criminals carried out indiscriminate firing at Jarangdih Railway siding of Central Coalfields Limited (CCL) and also in the nearby mines. The criminals also stuck posters at the site claiming to be working for the welfare of the common people by looting money from the rich.

An FIR in this regard was lodged in this regard at Bokaro Thermal Police station on December 28 under different sections of IPC, including 353 (assault or criminal force to prevent public servant from discharge of duty), 385 (committing extortion),147 (guilty of rioting), 148 (rioting, armed with deadly weapon), 149 (unlawful assembly, guilty of common cause), 427 (mischief or damage to property of over Rs 50), 506 (punishment for criminal intimidation) and also arms act.

“We received information yesterday about some dreaded criminals of New Member’s People’s Morcha led by Ramesh Karmali and Rajesh Mahto planning to carry out an extortion bid at Vishnugarh area. We conducted a raid and arrested the four criminals,” said Jha, adding that the police also recovered three country-made semi-automatic pistols, magazines, cartridges, and ammunition from them.

“We have also lodged a fresh FIR against the four arrested persons," said Jha.