Bokaro airport expansion work to be completed by March 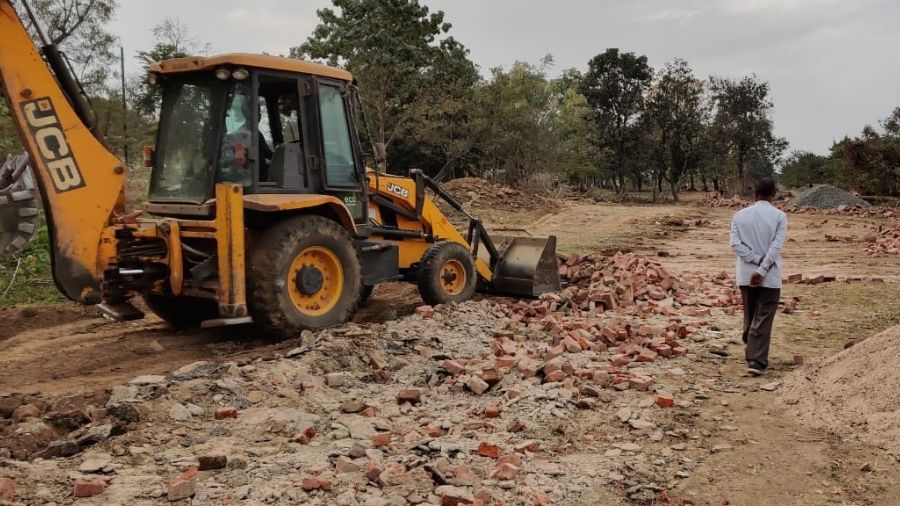 Construction of the Bokaro airport boundary wall, which was delayed due to trespassing, has been speeded up from Wednesday following the intervention of the district administration. The Airport Authority of India (AAI) has aimed to complete the airport expansion work by March 2021 to start the operation of commercial flights soon.

Deputy commissioner Rajesh Singh said the construction work of the airport should now be done on war-footing. They are ensuring better coordination between the authorities of Bokaro Steel Plant (BSL), AAI, forest department, police and administration.  Construction of the boundary wall is being done without any hindrance.

The AAI has asked for the district administration’s support so that they can complete the construction work in Sector-12 area by March 2021. Sources said almost 90 per cent of the work has been completed.

The AAI is also facing huge trouble to complete the work as hundreds of people residing in the slum, which is adjacent to the airport, enter the premises to relieve themselves. Sometimes they also leave their cattle inside it. Because of this reason, it has become really difficult for the workers to continue the work. Moreover, the trees in the nearby areas are also a cause of concern.

Singh said the airport is owned by the BSL. Therefore, it should deploy more security to facilitate construction work. The guards will stop the people from entering the premises.

On Wednesday, deputy superintendent of police Gyan Ranjan visited the spot. He ordered the local police station to intensify patrolling and prevent any unauthorised entry into the airport premises. The DC had also instructed AAI officer of Bokaro airport Priyanka Singh to accelerate the work.

He also asked the forest department officers to cut down trees near the airport. The trees with a diameter of more than 7 inches will be removed, while those with less than 7 inches of diameter will have to be replanted, he said.

“BSL officers and district-level officials should coordinate with each other to complete the construction work,” he said.