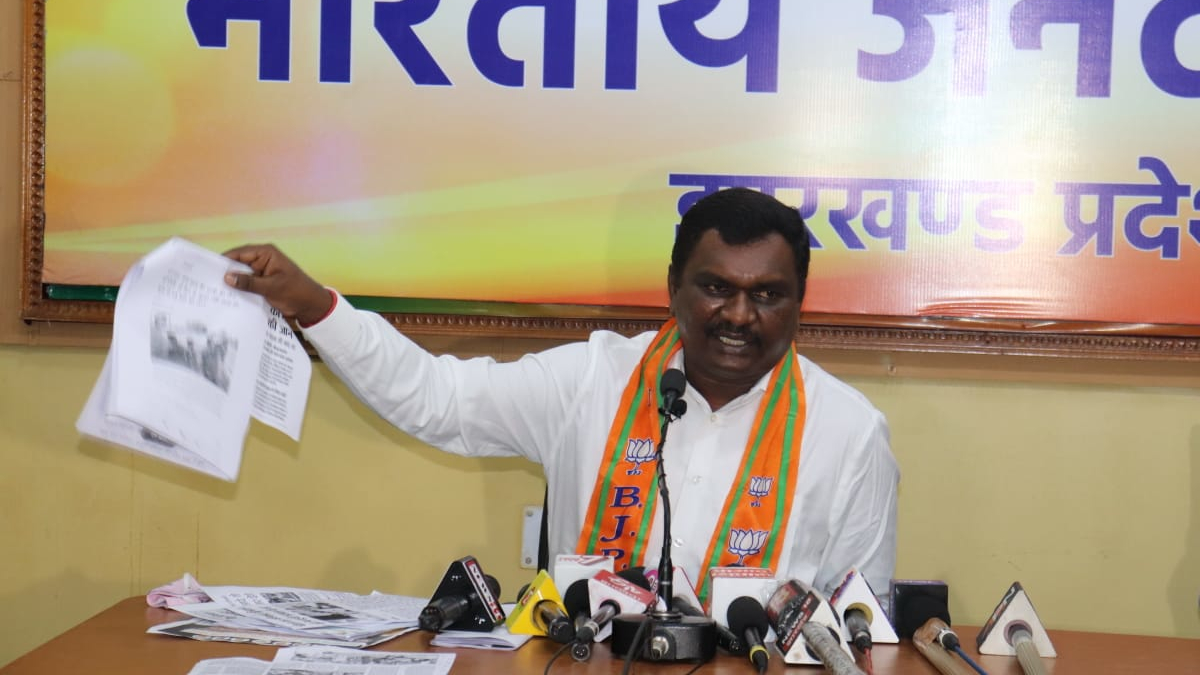 BJP legislator Amar Bauri, who is also state president of the party’s SC wing, attacked the ruling Hemant Soren-led government as “anti-Dalit” on Sunday, pointing to the alleged hunger deaths in the community in Jharkhand.

Addressing the media at the party headquarters here, Bauri, a former state minister, accused the government of overlooking the plight of Bhukal Ghasi, who allegedly died of starvation in Bokaro on March 6. Bauri also accused the bureaucracy of mounting pressure on Ghasi’s family to prove that he died of a disease and not starvation.

“The government is afraid that the topic of Ghasi’s death may again be discussed in the ongoing monsoon session of the Assembly. In order to save face, the government has kept his family members at a government guest house in Bokaro,” said Bauri.

Bauri added that two more members of Ghasi’s family died later in the year. Demanding a judicial inquiry into the deaths, he said that many members of the Dalit community have died of hunger in Ramgarh, Garhwa, Deoghar and Latehar, but the government was tightlipped.

The hunger deaths of members of BPL families during the former Raghubar Das-led government had stirred a political storm in 2016 after independent investigations by Right to Food activists found that at least two dozen people had died of starvation.

Addressing the anomalies in the public distribution system (PDS) and bringing an end to hunger deaths was also one of the key agendas of the JMM for the 2019 assembly polls.

On Sunday, the BJP also demanded compensation of Rs 25 lakh for the kin of Bhukkhal Ghasi and a government job for his son. Bauri asked the government to also make arrangements for employment of youths belonging to the Ghasi community.

Besides, the former minister also questioned the government over delays in solving cases lodged with SC/ST police stations across Jharkhand. Sharing a couple of instances with the media, Bauri demanded quick action and speedy trial in cases lodged under Prevention of Atrocities Act 1989.

Further stressing the alleged anti-Dalit approach of the government, Bauri said that at least nine of 11 labourers who died in an accident at Uttar Pradesh’s Auraiya while returning home during lockdown were Dalits.