Bid to speed up water projects in Jharkhand 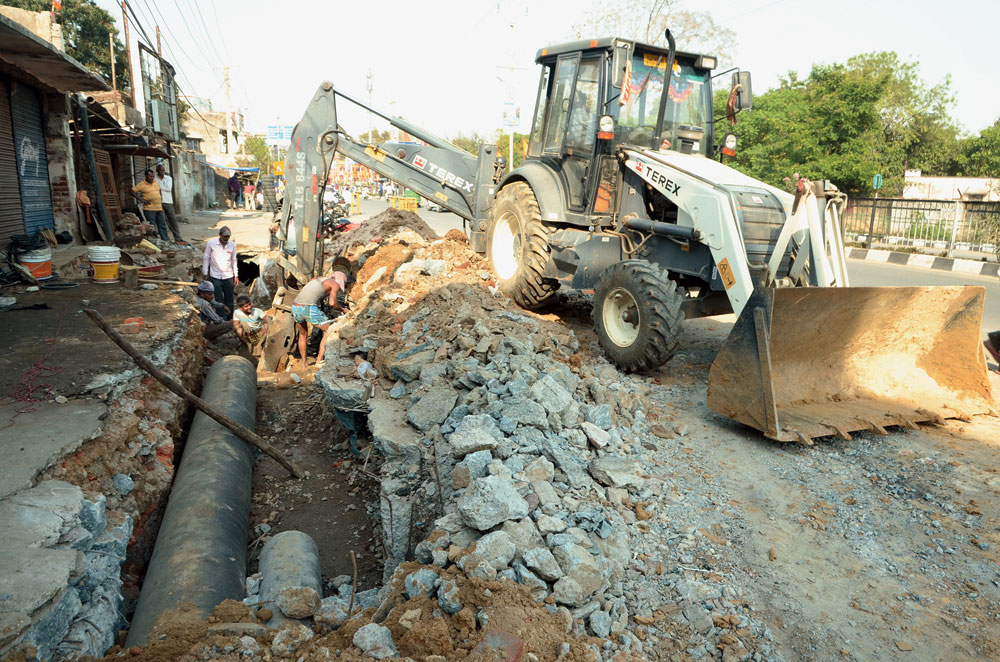 The state government has decided on quarterly on-the-spot reviews to speed up execution of urban drinking water and sewerage projects in Jharkhand.

“Local issues often hamper the progress of projects. I have asked officials to hold meeting with stakeholders, including deputy commissioners and senior civic body officials, so that issues like land acquisition and other nitty-gritty are resolved quickly and work gains momentum,” Singh, who is also Juidco CMD, told The Telegraph.

Singh issued the directive on Tuesday after reviewing the progress of 26 projects worth Rs 2,345 crore. The reviewed urban civic body projects, primarily drinking water and sewerage, included that of capital Ranchi.

The foundation stone of the Ranchi urban water supply scheme, the first phase of which is worth Rs 290 crore, was laid by chief minister Raghubar Das in February year. The project, which will have 14 water towers with a 898km-long pipeline to provide free water connections to 1.6 lakh households, has only seen some work on the Birsa Chowk-Hinoo Chowk stretch that was dug up to lay pipes.

Over 10 Ranchi Municipal Corporation wards stand to benefit from the drinking water project which is being executed by M/s Larsen and Toubro and is meant to be completed by January 2021.

The urban development secretary has also asked Juidco officials to submit reports of their quarterly reviews to the department immediately so that necessary steps could be taken to sort out issues and ensure projects meet deadlines.

Earlier, Juidco officials did not have a fixed schedule for review ongoing projects which led to delays over various reasons including clearances.