According to information, the police are still looking for the chopped-off head to identify the victim 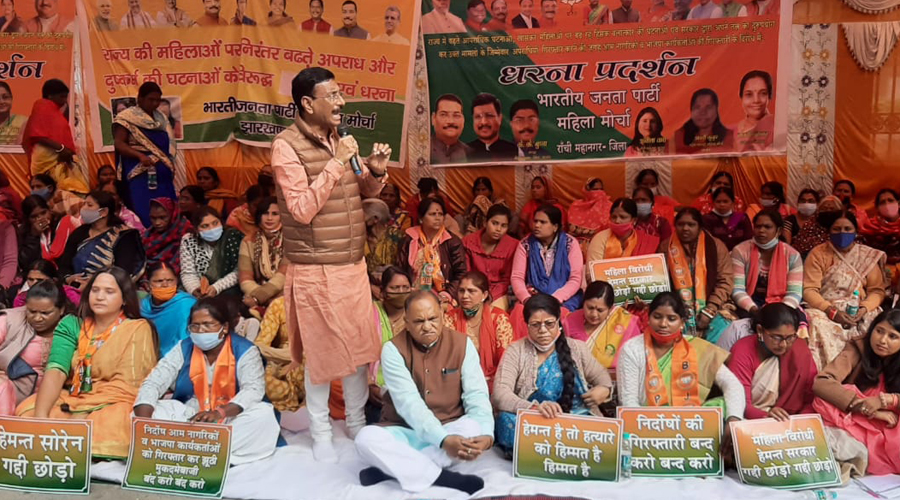 Former chief minister and BJP leader Babulal Marandi has demanded CBI probe into the Ormanjhi incident blaming the state police for being ineffective in identifying the victim’s body.

Last Sunday, the police have recovered the beheaded body of a young girl aged between 18 and 24 from Ormanjhi forest. Initially, while the deceased was believed to have been raped and beheaded, medical report later ruled out sexual abuse. According to information, the police are still looking for the chopped-off head to identify the victim.

Addressing the daylong demonstration organised by the BJP outside Raj Bhavan, which entered the third day on Sunday, Marandi said, “The police are still unable to find the victim’s chopped-off head. The entire government machinery and police join hands to identify and arrest the protestors at Kishoreganj just because chief minister Hemant Soren’s carcade had to change its route on Monday. They should have shown this seriousness in solving the Ormanjhi case. Transfer the case to the CBI if you can’t find ant solution.”

Marandi said the crime rate in the state has seen a consistent rise after the Hemant Soren government came to power. “The situation would have been different today if you (Hemant Soren) have ordered to arrest the culprits and ensured speedy trial in rape and murder cases,” he said.

The incident led to a massive uproar in Ranchi with hundreds of protestors taking to streets since then. One such protest at Kishoreganj on Monday turned violent when demonstrators attacked CM’s pilot car, injured a cop, and forced CM carcade to change its route. Since then, the police have arrested over 30 people and filed FIR against a group of unidentified persons. The police said Bhairav Singh, who is said to be the mastermind of Kishoreganj protest and violence earlier this week, has surrendered at Ranchi civil court.