Agri varsity herbal cocktail for cough and cold gets patent 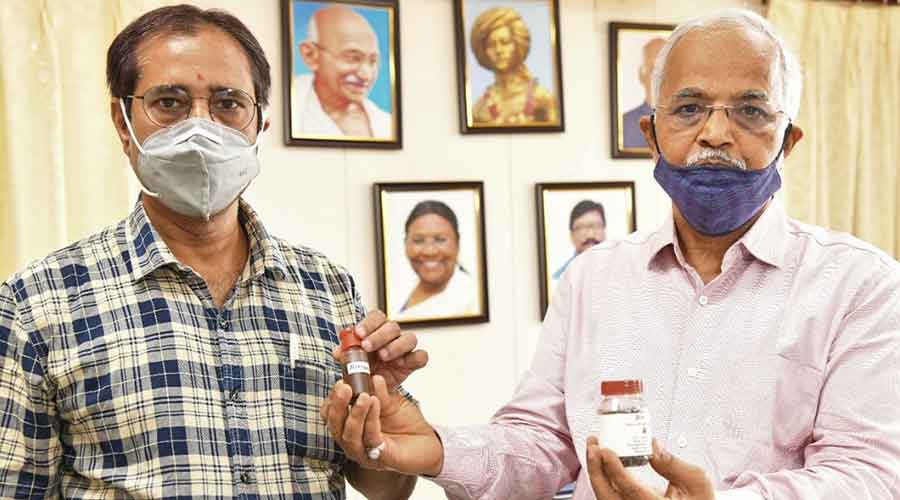 The patent will now enable it for commercial production, the varsity’s officials have informed in a statement.

Hailing the developments amid the second wave of the Covid-19 pandemic, BAU’s vice chancellor Omkar Nath Singh said that the success is a result of persistent work done by Kumar for the last 10 years to get the patent.

“The medicine once developed could be highly useful for treatment of cough, cold, body aches and fever,” read the statement from BAU.

Kaushal informed that they are in the process of signing a formal agreement with National Biodiversity Authority in Chennai for commercial production of the medicine.

About the herbal formulation, he said, “The formulation has been developed using the the leaves and bark of Vitex peduncularis plant, popularly known as Charigorwa that is abundantly found in the forested regions of Jharkhand, specially in the Chhotanagpur and Santhal Pargana regions that are tribal dominated. In 1921, a research paper was also published in the British Medical Journal in this regard by the then Civil Surgeon of Ranchi. Using inferences from the available researches and based on my field visits, I began working on the herbal medicinal formulation using Charigorwa elements.”

“Experiences and knowledge of identifying and dealing with forestry products having medicinal values came handy while developing this formulation,” he said, adding that once commercially developed, this medicine can be of great use for common people as the herbal medicine market for treating all kinds of ailments is still not fully explored.

“We have maintained high standards of scientific parameters while developing this formulation and the product can have an effective life span up to two years if kept under the prescribed conditions,” he said, adding that the commercial production would also lead to increasing income of the farmers in the state as they can take up growing this plant for commercial sale in coming years.