A sweet and rosy day for BJP supporters

Garlands and laddus fly off shelves 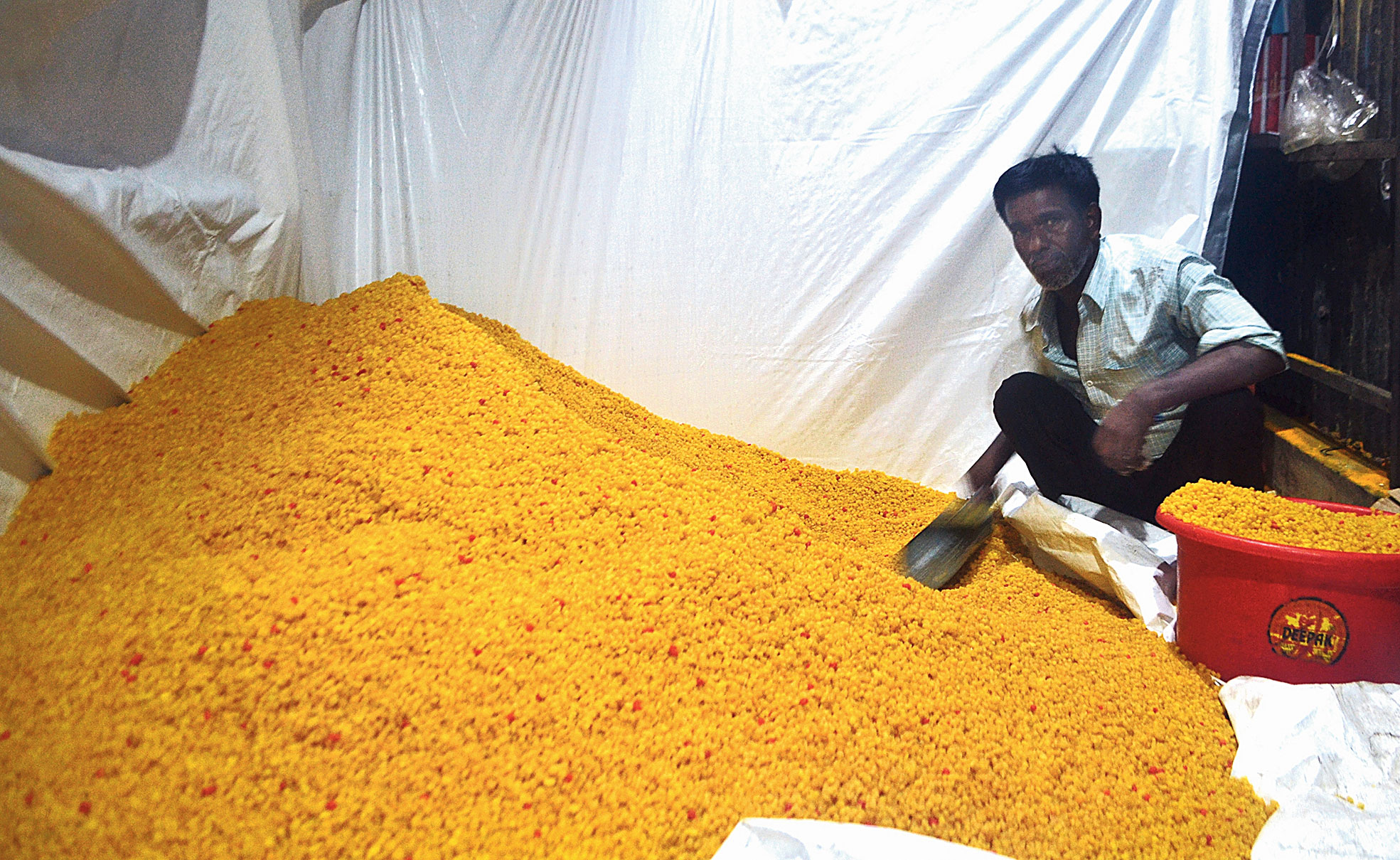 Flowers and sweets flew off the shelves as BJP supporters bought hundreds of garlands and bouquets and thousands of kilograms of laddus to celebrate the party’s landslide victory in the city and across the country.

Florists in Bistupur and Sakchi said they made solid profits from pre-orders and on-the-spot sales. From single-piece roses to seven-foot marigold garlands, everything was on sale.

“It was a wonderful day for business. We had some pre-orders for huge garlands. We sold a 12-foot garland at Rs 12000. The smaller ones cost Rs 4,000. We also sold a huge number of bouquets and that too early in the day,” said Mohammad Samsher, owner of Garden Flowers.

In Sakchi, Sugandh Flowers had to deny some of its regular customers because it had run out of stock.

“We already had so many orders that we ran out of marigold garlands and roses. Many had come to buy flowers for Thursday puja, but we had to refuse them. We ran out of stock,” said Iliyas Ahmed, a florist.

That was not all. Renowned sweet shops also did brisk business.

Bistupur-based Sagar Sweets got an order to make 1,200 kg of laddus. In fact, they had to deny regular customers since they hardly had any manpower to meet the demand.

“We stopped taking orders. We made 1,200kg of laddus, the most popular sweet for any celebration. We also sold kaju barfees and rasgullas. But laddoos ruled the day,” said Sagar Budhraja, the owner of Sagar Sweets.

Karnail Bhatia, co-owner of renowned eatery Chhappan Bhog, echoed the same. “Today’s business was massive. I haven’t been able to calculate how much have we sold, but it’s huge. The demand for ghee laddoos was at its peak followed by kaju katli,” said Bhatia.