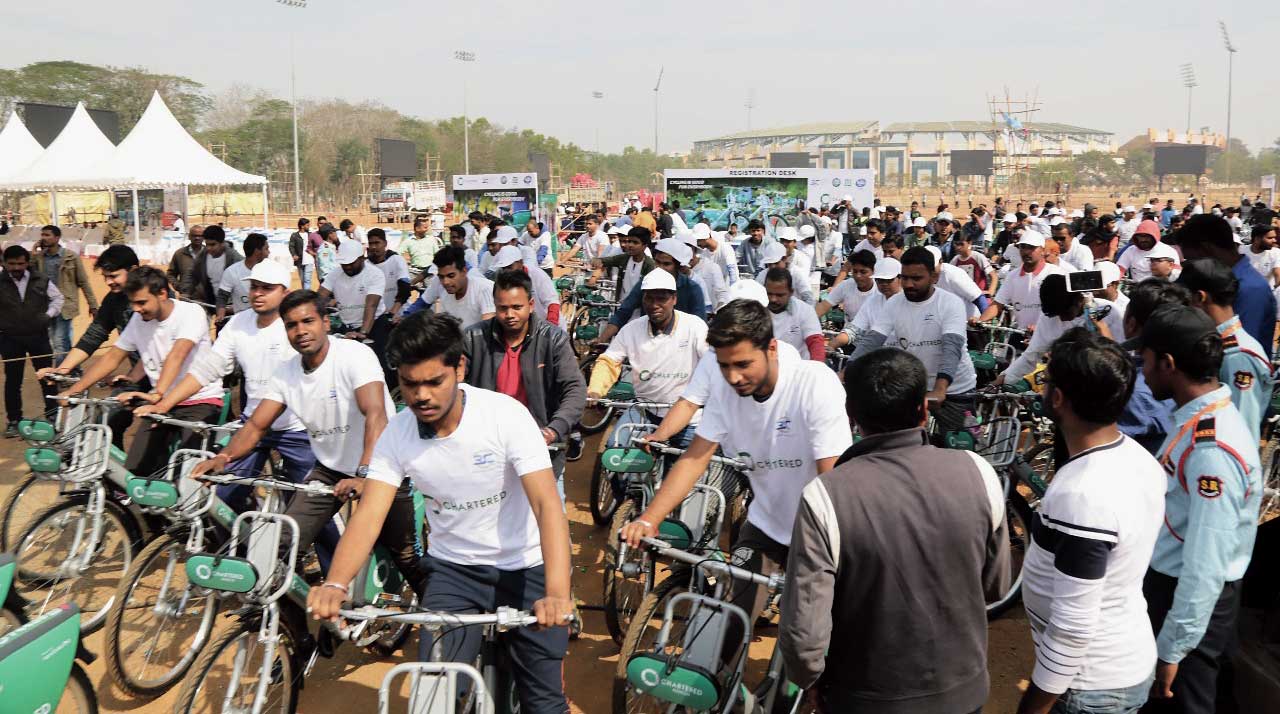 People take part in the cyclothon on Morabadi grounds in Ranchi on Sunday.
Picture by Manob Chowdhary
Our Correspondent   |   Ranchi   |   Published 03.03.19, 06:48 PM

The app-based bicycle sharing scheme was launched in the capital on Sunday with as many as 200 people enjoying the ride.

“This is the launch of the first phase of smart cycle scheme. I hope that the second phase will also be implemented very soon. I got the opportunity to ride a cycle after many years. People should use cycles to save money as well as the environment,” state urban development minister C.P. Singh, who flagged off a cyclothon at Morabadi to mark the launch of the scheme, said.

“I am very happy at the launch of the service. I am a PG student of Ranchi University and have to take an auto to get to the Morabadi campus from my home on Kanke Road. The two-way trip costs Rs 30 per day. Fortunately, one of the cycle stations is close to my home and another one is located less than 100 metres from the university campus. I can hire the cycles now and save money,” Manoj Kumar said.

“Till March 9, we will offer free rides for one hour. From March 10, users will be charged a notional amount,” said an official of Chartered Speed, which will run the scheme for six years.