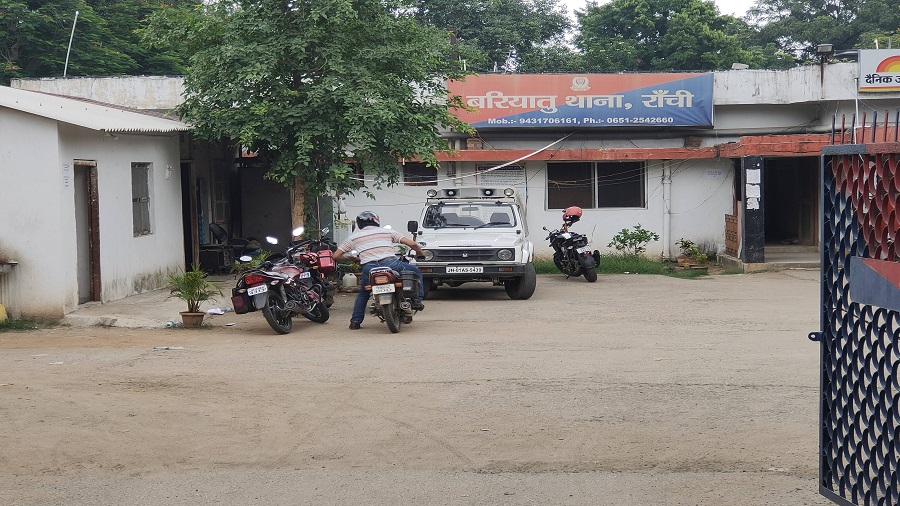 The count of Covid-infected cops in Jharkhand has almost tripled in the past five days, triggering panic in the police department and forcing the law enforcement agency to avoid contact with people, officials at the police headquarters here said on Saturday.

Only 66 policemen were infected till July 13 when the government sanctioned a fund of Rs 33 lakh for buying protective gear for cops on duty, a press communique, issued on July 13, said.

Last month, several cops in Hazaribagh were infected in the process of nabbing a thief who was Covid positive, officials said. Later, at least five police stations were sealed in Ranchi after over 30 cops tested positive for the virus in a fortnight.

“Regular contact tracing of all the infected cops is being done. We are taking all possible precautionary measures to identify the infected policemen and not let the virus spread in the department any further,” said Ranchi SSP S.K. Jha.

The SSP also got tested for Covid-19 on the basis of contact tracing, but his report was negative.

Meanwhile, several offices in the National Health Mission (NHM) campus in Ranchi were sealed for sanitisation after a woman doctor there tested positive for Covid-19 on Friday, NHM officials said. Only one office of NHM, which compiles all Covid data in state, was open on Saturday.

“The main building is sealed. We are working from a makeshift setting in the campus to compile Covid data,” said an NHM official not authorised to speak to the media.

Ranchi deputy commissioner Chhavi Ranjan on Saturday chaired a meeting with private labs that conduct Covid-19 tests and asked them to maintain records of all patients who volunteer for tests. Private labs, he said, must also inform the administration first in case an individual tested positive.