On May 5, special Judge R N Rokade granted them bail while imposing certain conditions on the couple 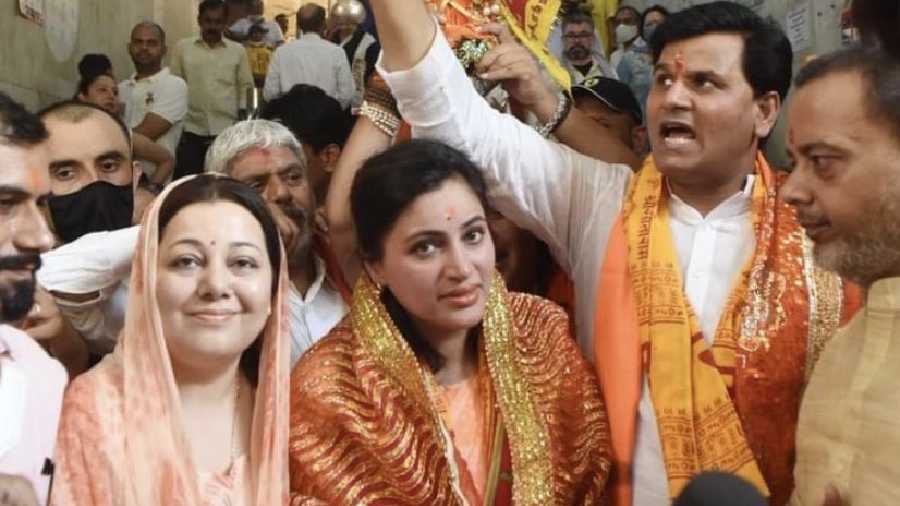 The Mumbai police told a special court here on Wednesday that they will not arrest independent MP Navneet Rana and her MLA-husband Ravi Rana till June 9, the next date of hearing on the police's plea seeking cancellation of their bail in a case pertaining to the row over recitation of 'Hanuman Chalisa'.

The Ranas were arrested by the Mumbai police on April 23 after they announced they will recite the Hanuman Chalisa outside Maharashtra Chief Minister Uddhav Thackeray's private residence 'Matoshree' in suburban Bandra.

On May 5, special Judge R N Rokade had granted them bail while imposing certain conditions on the couple, including that they must not make any statements to the press related the case.

The judge had also said that the bail will be forfeited if the couple committed similar offences again.

The Mumbai police on May 9 approached the special court seeking that the politician couple's bail be cancelled on the ground that they had allegedly violated the bail conditions.

On Wednesday, Navneet Rana, the Lok Sabha member from Amravati in Maharashtra, and Badnera MLA Ravi Rana filed a joint reply to the police's plea.

The couple said they had neither interfered with the police probe, nor had they made any public statements related to the case.

They also said the police had failed to give a cogent reason for seeking cancellation of their bail.

Following their reply, the police in a statement before the court said they would not take any coercive action against the couple till the next hearing.

The special court accepted the statement and posted the matter for further hearing on June 9.