Advertisement
Home / India / ‘Witch-hunt’ fails to gag Congress on China
It is important to live and work fearlessly: Chidambaram 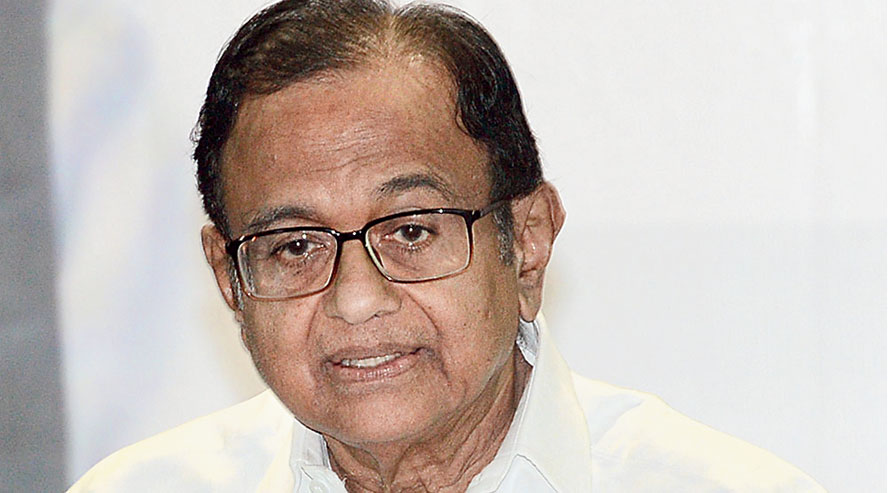 If the Narendra Modi government had intended to silence the Congress by ordering an investigation into trusts linked to the Nehru-Gandhi family, it has achieved just the opposite as the party has launched a full-blown war on vindictive politics and the handling of the China border crisis.

The home ministry’s order of an inter-ministerial committee to coordinate the probe into alleged violation of various laws related to money laundering and foreign contributions by the Rajiv Gandhi Foundation, Rajiv Gandhi Charitable Trust and the Indira Gandhi Memorial Trust appears to have galvanised the party against what it described as the BJP’s “cowardice”.

Senior Congress leaders have declared their intent to fight bravely and continue to haul up the government in national interest. The developments have also triggered a debate on “fear” that had purportedly helped the BJP silence many other Opposition parties.

Former Union minister P. Chidambaram, who had to spend over 100 days in jail last year as he was denied bail in a bribery case several times after being arrested last year in dramatic fashion when personnel scaled the wall of his house at night, tweeted: “Indira Gandhi and Rajiv Gandhi lived a life without fear. They faced death in the eye without fear. Both taught us that it is important to live and work fearlessly. And that is how we will face the witch hunt by the Modi government.”

Another senior leader and former minister, Salman Khurshid, replied to Chidambaram’s tweet: “What do they know of fearlessness who only fear know? This is BJP’s another betrayal of India. All this will never be forgotten or forgiven when we refresh the glorious India that they do not understand, respect, celebrate as we do.”

Ahmed Patel, a Sonia Gandhi loyalist who is being questioned by the Enforcement Directorate in a money-laundering case, tweeted: “They are filled with hatred for the Gandhi family. Entire focus of this Government machinery is to humiliate & threaten the Congress president. But these things don’t deter us. History is witness, such tricks were tried even by the mighty Kauravas. The nation is watching.”

Rajasthan chief minister Ashok Gehlot weighed in: “The decision of the home ministry to probe three Gandhi family trusts related to the Congress is clearly a case of political vendetta. The NDA government can’t digest the Congress raising the issue of the need for transparency in the PM CARES Fund.

“The action against the three trusts is a direct result of this. It is yet another tactic to try to silence the Opposition and to prevent Opposition leaders from raising issues of national interest, which exposes the government’s wrong decisions.”

Although Rahul Gandhi, who had declared on Wednesday that “Mr Modi” would not be able to “intimidate” those who “fight for the truth”, on Thursday did not broach the topic, he took on the government over the sexual exploitation of girls at Chitrakoot in Uttar Pradesh, linking it to the wretched poverty caused by the unplanned lockdown.

Many other Congress leaders continued to target the government over the Chinese intrusions in Ladakh. Referring to an article that suggested India had been pushed back in the Galwan Valley as the buffer zone created between the militaries of the two countries allegedly fell on India’s side of the Line of Actual Control, veteran leader Jairam Ramesh said: “This is capitulation being sold as disengagement.”

Posting the same article by former Colonel Ajai Shukla, Congress communications chief Randeep Surjewala tweeted: “Dear Prime Minister, 1. Are you creating a buffer zone in our own territory? 2. Are you pushing our forces back 2.4 kilometer in our territory? 3. Are you compromising on PP-14 being Indian territory? 4. Are you diluting India’s claim over Galwan Valley? India demands answers.”

Referring to the article, Congress spokesperson Manish Tewari tweeted: “If NDA/BJP Government had not scrapped the Mountain Strike Corps & cut defense expenditure to the bone, we would not be in the abject situation of surrendering slivers of our motherland to China.”

Another Congress spokesperson, Abhishek Manu Singhvi, alleged that the probe into the trusts was a diversionary ploy.

“Let them investigate our trusts but why are core entities not being probed? Was it prohibited by law to accept donations from China? The PM CARES Fund received donations from Chinese companies as late as 2020, after the coronavirus struck,” he said.