Advertisement
Home / India / Will go to the root of lawyer's claims of larger conspiracy to frame CJI: Supreme Court

Will go to the root of lawyer's claims of larger conspiracy to frame CJI: Supreme Court

SC bench to take up the matter for hearing on Thursday 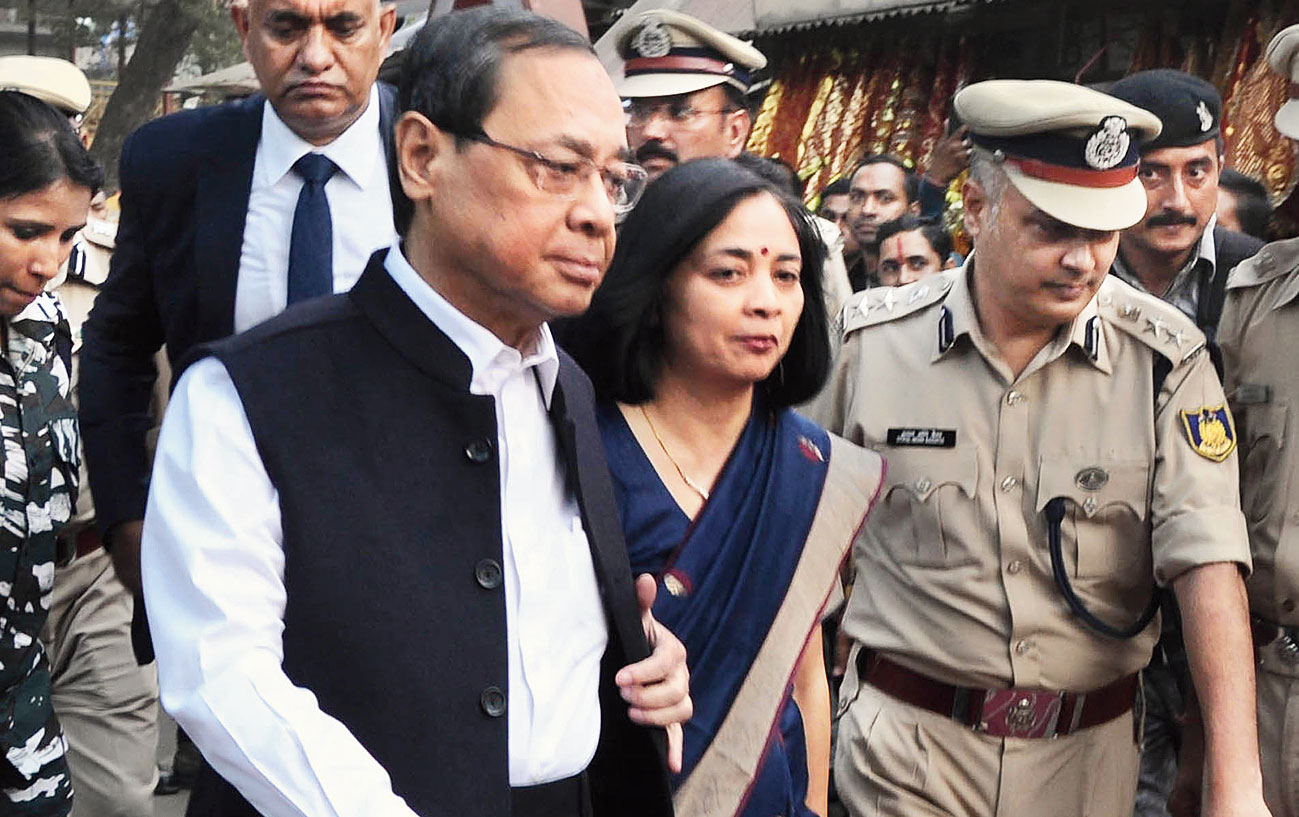 The Supreme Court on Wednesday said it will go to the root of the alleged conspiracy and sensational claims made by a lawyer that there was a larger conspiracy to frame Chief Justice of India Ranjan Gogoi in the sexual harassment allegations against him.

A three-judge special bench of Justices Arun Mishra, R.F. Nariman and Deepak Gupta said if fixers continue to work and manipulate the judiciary as claimed, neither this institution nor any of “us” will not survive.

The bench asked lawyer Utsav Singh Bains, who has made claims of a larger conspiracy, to file another affidavit by Thursday morning after he claimed that he has some more “incriminating evidence”.

The bench said it will take up the matter for hearing on Thursday.

”We will inquire and go to the root of alleged claims of fixers at work and manipulating the judiciary. If they continue to work then none of us will survive... Fixing has no role to play in the system. We will inquire and take it to the logical end” it said.

The bench also clarified that there is no connection in the hearing of Bains' claims of larger conspiracy and the in-house inquiry ordered into the sexual harassment allegations against the CJI.

Earlier in the day, the apex court directed chiefs of the Central Bureau of Investigation, Intelligence Bureau and Delhi Police to appear and meet in chambers the three judges who are hearing his claim that there was a larger conspiracy to frame the CJI.