Leader of Opposition Chandrakant Kavlekar said the MLAs decided to walk to Raj Bhavan uninvited, after the governor refused to give them an appointment 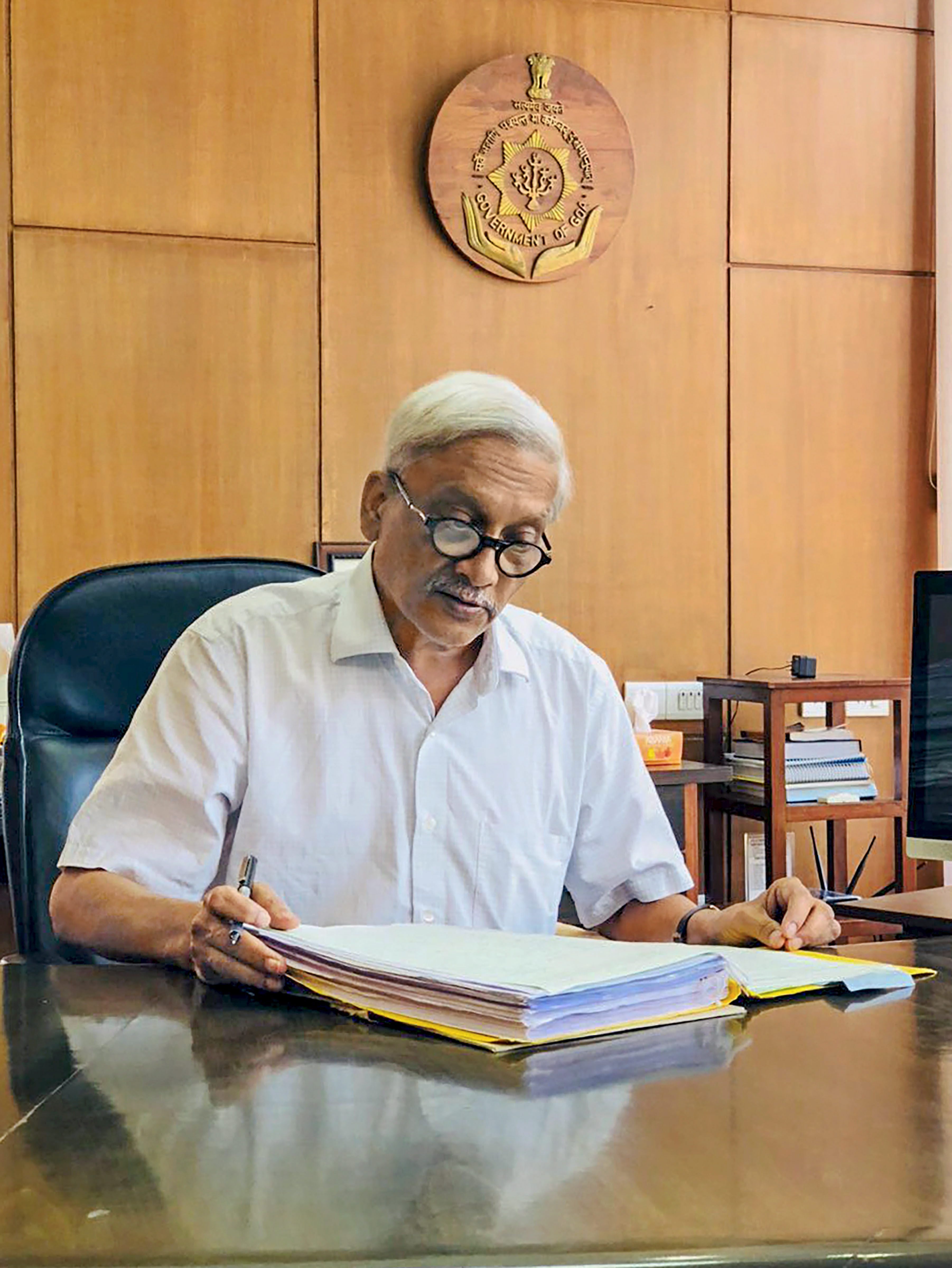 Manohar Parrikar, the Goa chief miniser, died on Sunday evening, necessitating the BJP and its allies in the state to look for a successor.
PTI file picture
PTI   |   Panaji   |   Published 18.03.19, 06:46 AM

All 14 Congress MLAs in Goa walked to the Raj Bhavan to meet governor Mridula Sinha on Monday to stake claim to form the government in the state following the demise of chief minister Manohar Parrikar.

Leader of the Opposition Chandrakant Kavlekar said the MLAs decided to walk to the Raj Bhavan uninvited, after the governor refused to give them an appointment.

The Opposition party said it had written to her, staking claim to form the government on Friday and then again on Sunday.

'We are the majority party in the House and still have to struggle to get an appointment. We demand that we be invited to form the government under the circumstances where the (BJP-led) government does not exist after Parrikar's demise,' Kavlekar said.

The Congress is currently the single largest party in the state with 14 MLAs while the BJP has 12 in the 40-member Assembly.

The strength of the House has now been reduced to 36 due to demise of BJP MLA Francis D'Souza earlier this year and Parrikar on Sunday and resignations of two Congress MLAs Subhash Shirodkar and Dayanand Sopte last year.

The Goa Forward Party (GFP), the Maharashtrawadi Gomantak Party (MGP) have three MLAs each, while the NCP has one. There are Independents as well. The GFP, the MGP and Independents are part of the Parrikar government.

The BJP too is in talks with the allies to choose the next chief minister.

Union minister and senior BJP leader Nitin Gadkari on Monday held talks in Panaji with party leaders and the MGP.

The talks started on Sunday night, hours after Parrikar death earlier in the evening. Parrikar, 63, was heading a coalition government.

Gadkari arrived in the coastal state past midnight and resumed the talks with leaders of the BJP and MGP in a hotel near Panaji in the morning.

BJP MLA Vishwajit Rane and MGP leader Sudin Dhavalikar, who are aspirants for the chief minister's post, attended the meeting. A third contender, Pramod Sawant, who is currently the Speaker, was not present.

Leaders of the GFP were not called for the meeting.

Dhavalikar said clarity on the leadership issue was expected by 3 pm today.

The Congress is the single largest party in the state with 14 MLAs. The BJP has 12 legislators in the 40-member Goa Assembly.

The GFP, MGP and Independents have three MLAs each and the NCP has one legislator.