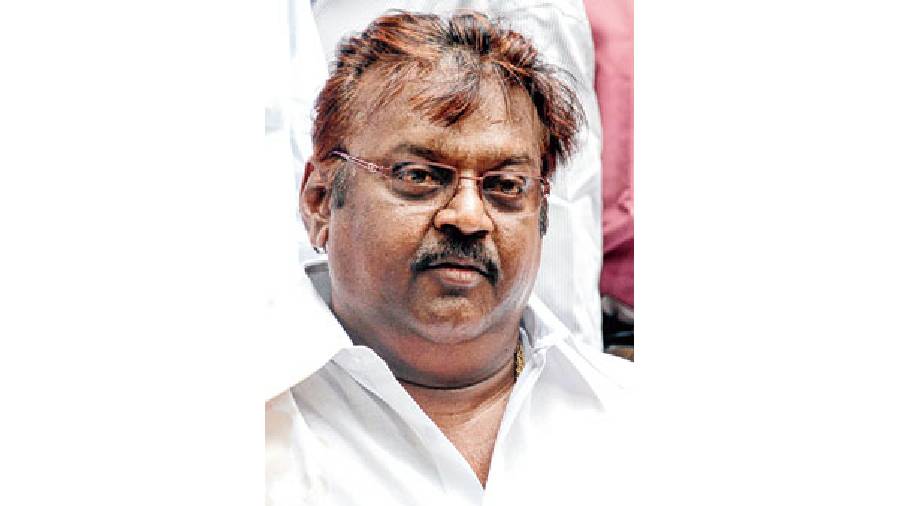 Actor Vijaykanth’s DMDK walked out of the alliance protesting non-allocation of specific constituencies and the number of seats it sought for the April 6 assembly elections in Tamil Nadu. The development comes as a major setback to the AIADMK-BJP combine in the poll-bound state.

The disassociation, came after three-rounds of protracted negotiations with the AIADMK failed to fructify, the DMDK led by actor-turned politician Vijayakanth said it was moving out of the alliance, that also has the PMK and BJP as partners.

In a statement, Vijayakanth said the decision to snap ties with the AIADMK was taken following a unanimous view reached at a consultative meeting with party's district secretaries here.

According to an NDTV report, the actor celebrated the decision to quit the alliance by bursting crackers. The same report stated that DMDK leader and former MLA Parthasarathi said the party wanted 23 seats and a Rajya Sabha seat. He claimed the ruling party gave only 15 seats to the actor’s party.

DMDK in the recent past has witnessed an impressive growth since 2003, despite losing vote share in 2016 state elections. According to NDTV, the party in 2011, it won 29 assembly seats from 41 it contested in alliance with the AIADMK. Vijayakanth had then become the leader of opposition.

The Tamil Nadu Assembly polls will be held in a single phase on April 6; the results will be out on May 2. Significantly this is the first time that the state will be polling after the demise of J Jayalalithaa.