Bodies recovered include that of mountaineer Savita Kanswal, who had set a national record by climbing Mount Everest and Mount Makalu within a span of 15 days 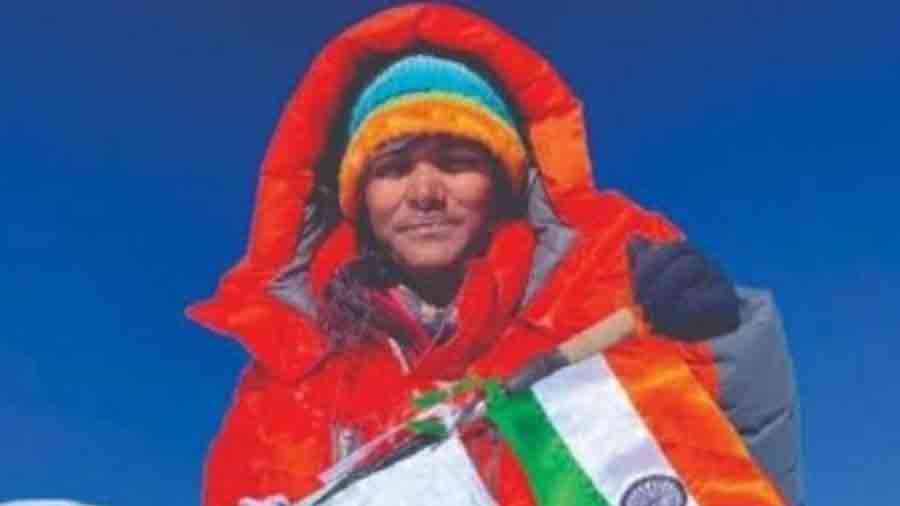 Fourteen members of a mountaineering team that had gone missing in an avalanche at the Draupadi Ka Danda peak in Uttarkashi were rescued on Wednesday.

A search is on to find the others still missing after the 41-member team of mountaineers got caught in the avalanche on Tuesday morning. They are said to be stuck in a crevasse in the Dokriani Bamak glacier.

The principal of the Uttarkashi-based Nehru Institute of Mountaineering (NIM), Colonel Amit Bisht, had said on Tuesday that 10 bodies had been spotted, of which four had been recovered. Police have confirmed four deaths.

The bodies recovered include that of mountaineer Savita Kanswal, who had set a national record by climbing Mount Everest and Mount Makalu within a span of 15 days earlier this year.

Kanswal, a resident of an Uttarkashi village, worked as an instructor at the NIM and had accompanied the team of trainee climbers to Draupadi Ka Danda-II.

Kanswal had quickly carved a niche for herself in the world of mountaineering despite being relatively new to the field, Col Bisht said.

She had done her basic, advance, search and rescue and mountaineering instructor’s courses from the NIM in 2013 and had been working as an instructor at the institute since 2018. Kanswal was one of the best instructors at the institute, Col Bisht said.

“Kanswal, who had humble origins, was ambitious and had the courage and resolve to fulfil her dreams,” Col Bisht added.

Earlier in the day, Uttarakhand police released a list of 28 trainee mountaineers who were missing in the avalanche at the height of 17,000 feet.

Sub-divisional magistrate of Bhatwari, Chattar Singh Chauhan, said 14 members of the team were airlifted to Matli in two sorties. Six have minor injuries, he said.

Of the 14 rescued, 10 are trainees and four instructors, he said, adding the NDRF, SDRF, ITBP and the NIM are jointly conducting the search and rescue operations.

Rescue operations were halted on Tuesday because of bad weather and darkness, and resumed on Wednesday morning.