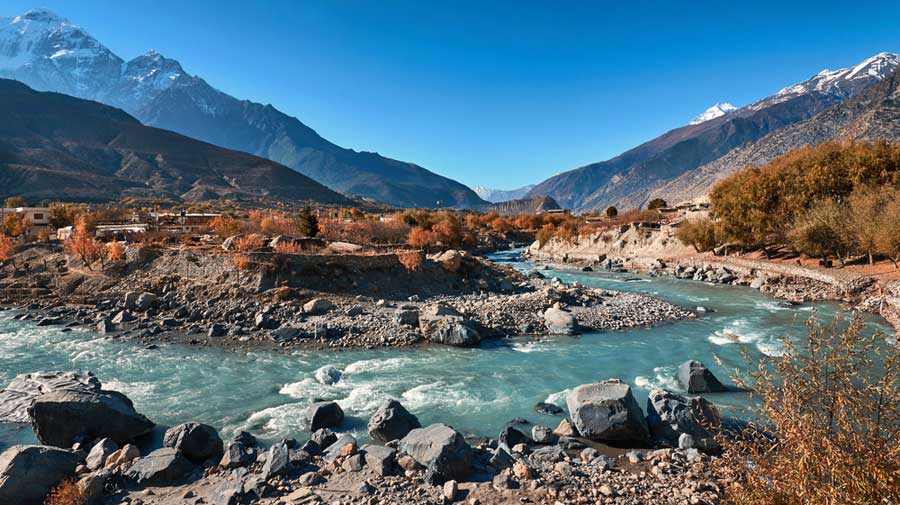 The suspension bridge over the Kali river that links Dharchula town in Uttarakhand to Darchula town in Nepal’s Sudurpashchim Pradesh is closed since the Covid-induced lockdown began on March 25.
Shutterstock
Piyush Srivastava   |   Lucknow   |   Published 16.11.20, 02:34 AM

Traders in Uttarakhand’s Pithoragarh district have been holding protests demanding the reopening of a border bridge so that they can resume business in Nepal.

The suspension bridge over the Kali river that links Dharchula town in Uttarakhand to Darchula town in Nepal’s Sudurpashchim Pradesh is closed since the coronavirus-induced lockdown began on March 25. Indian traders, who have shops selling garments, jewellery and coffee in the Nepal town, used to take the bridge to travel to and fro every day.

Although the lockdown has been lifted, the bridge has not been reopened, halting business and causing mounting losses to the Indian traders.

The development comes amid tensions between the two countries over the Nepal government approving a new map that includes several areas in Pithoragarh within Nepalese territory.

Over 100 traders in Dharchula held a meeting on Sunday and decided to begin a movement to mount pressure on the government to reopen the bridge. The government now allows the use of the bridge only in emergencies, that too for a short period.

On Friday, the traders had organised a dharna near the bridge and prevented the local administration from opening it for an hour in the afternoon for some Nepal students.

The traders accused the governments of India and Uttarakhand of “dancing to the tune of Nepal” and “sacrificing the businesses of the traders of Dharchula”.

“We came to know on Friday morning that the bridge would be opened for an hour as people from Nepal wanted to cross it. So we sat on a dharna there, demanding that the bridge be either opened permanently or kept closed for everybody,” said Bhupendra Thapa, the president of the traders’ association.

The authorities of Pithoragarh and Sudurpashchim Pradesh districts open the bridge occasionally on the request of students and those seeking urgent medical services in India. Indian citizens also have to seek permission and cite emergency reasons to use the bridge.

Thapa said: “Our businesses have been destroyed because of the lockdown. We had thought we would try to recover our losses when the unlocking begins. But this bridge has not been reopened to facilitate our business.”

V.K. Jogdande, the district magistrate of Pithoragarh, told local reporters: “A decision is to be taken by the government before we open the bridge permanently.”