US seeks 'rapid action' by India in easing restrictions, releasing detainees in Kashmir

This is a issue that members of the US Congress have raised in letters sent to the Trump administration, said Alicia Wells, the top state department official for South Asia 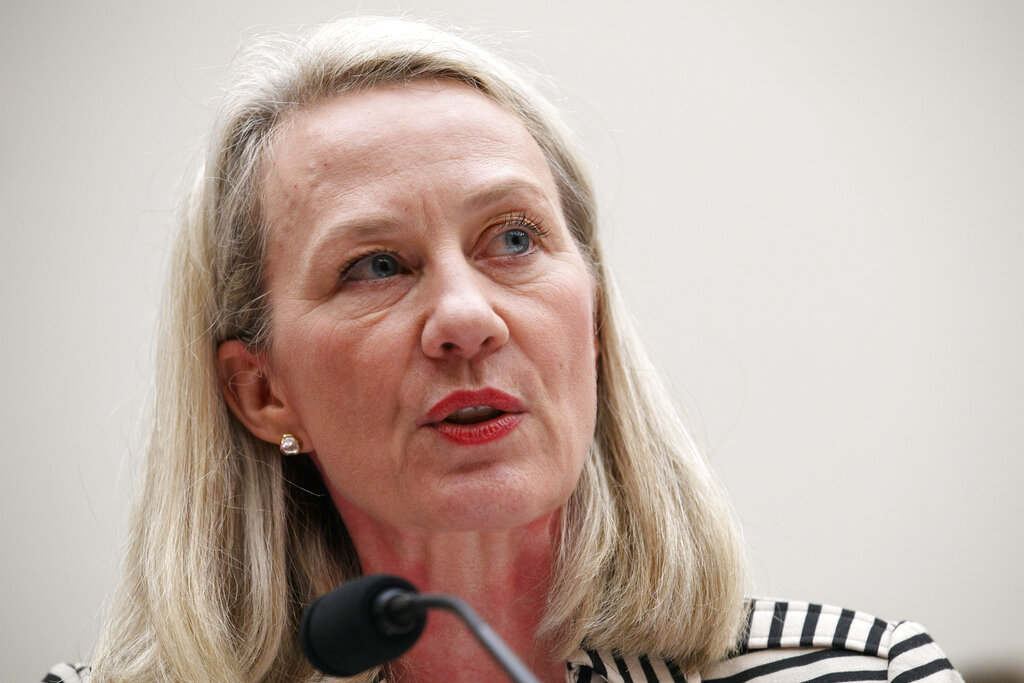 Alice Wells, acting assistant secretary of south and central Asian affairs and former US ambassador to Jordan, said the US would welcome any steps that would benefit the Kashmiri people economically.
AP
PTI   |   New York   |   Published 27.09.19, 11:50 AM

The US hopes to see 'rapid action' by India to lift restrictions imposed in Kashmir and release those detained, a senior official has said, a day after President Donald Trump offered to arbitrate or mediate between India and Pakistan to ease their tensions.

Alice Wells, the top state department official for South Asia, made the comments on Thursday after President Trump held separate talks with Prime Minister Narendra Modi and Pakistan Prime Minister Imran Khan on the sidelines of the 74th Session of the United Nations General Assembly.

Trump on Wednesday said he offered 'arbitration or mediation' on the Kashmir issue to the leadership of India and Pakistan during his meetings with Modi and Khan and the two nuclear-armed neighbours have to 'just work it out'.

Responding to questions on the Kashmir issue during a special briefing, Wells said, 'I think we are interested in knowing the next steps in engagement and encouraging that political dialogue to begin. We hope to see rapid action in the lifting of the restrictions and in the release of those who have been detained,' the former US ambassador to Jordan said.

The government revoked the provisions of Article 370 to take away the state's special status and bifurcated the region into two union territories – Jammu and Kashmir and Ladakh. India's move has angered Pakistan, which has been trying to internationalise the Kashmir issue.

Wells said the US would welcome any steps that would benefit the Kashmiri people economically.

'But right now, the focus, I think, has been on the return to political life and to a dialogue between the parties,' she said.

This is a issue that members of the US Congress have raised in letters sent to the Trump administration, she said, adding that the Congress has called for testimony on human rights in south Asia.

Wells said the US has raised concerns on Kashmir 'at the highest levels,' without specifying whether Trump brought up Kashmir with Modi during their talks.

She said the US would welcome steps that would lead to increased economic growth and the well-being of the Kashmiri people. That is also obviously going to require there to be a normalised political environment, and the involvement and engagement of the residents of Kashmir, she said.

'We have shared and expressed our concerns over the human rights situation in Kashmir. We welcome improvements in that situation,' she said.

Wells also said that President Trump 'is willing to mediate if asked by both parties.' At the same time, she noted that Prime Minister Modi has made it clear his position that he is not seeking mediation.

India maintains that Kashmir is a bilateral issue with Pakistan and no third party has any role in it. Prime Minister Modi has also categorically rejected any scope for third party mediation between India and Pakistan on Kashmir.

'All the issues between India and Pakistan are bilateral in nature, and we don't want to trouble any third country. We can discuss and resolve these issues bilaterally,' Modi had said on the sidelines of the G-7 summit in the French city of Biarritz, ahead of his bilateral meeting with Trump last month.

Wells said the US would like to see that India and Pakistan can have a 'constructive conversation' that leads to improvement in relations between the two nuclear powers.

Commenting on Prime Minister Khan's anti-India statements, including the possibility of a nuclear war between India and Pakistan, she said, a lowering of rhetoric would be welcome.

'Obviously, I think we've all seen and heard Prime Minister Khan's strong statements. I would say in general across the region, a lowering of rhetoric would be welcome, particularly between two nuclear powers,' Wells said.