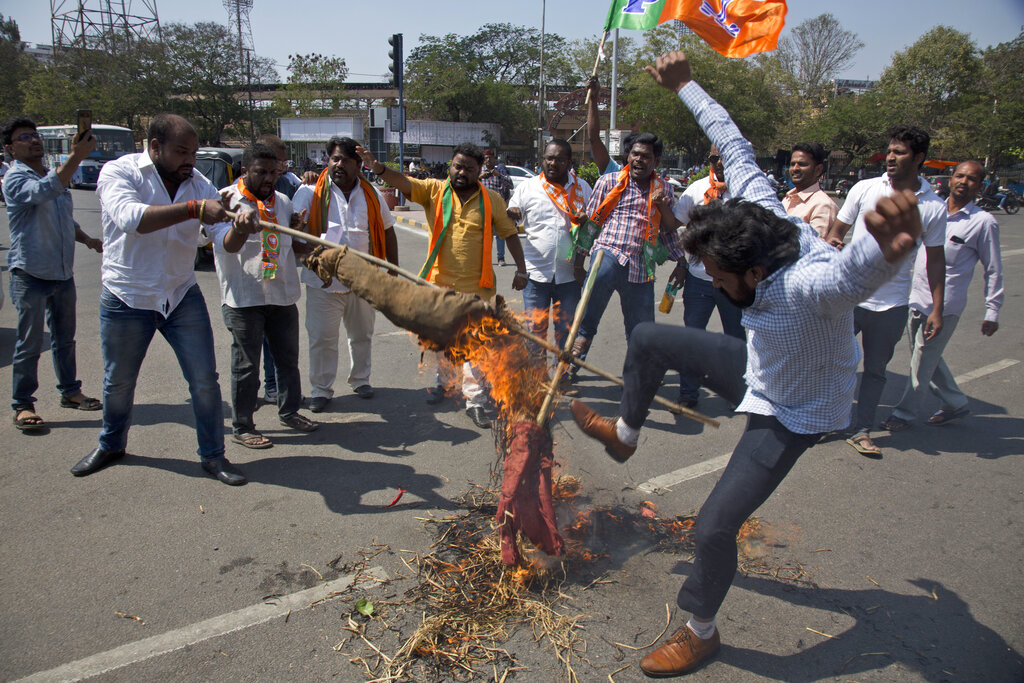 Protesters in Hyderabad burn a symbolic effigy of Pakistan and shout slogans against the Pulwama attack.
AP
PTI   |   United Nations   |   Published 20.02.19, 09:26 AM

United Nations chief Antonio Guterres has called on India and Pakistan to take “immediate steps to de-escalate tensions” following the Pulwama terror attack, reiterating that his good offices are available should both sides ask.

The already sour relations between India and Pakistan have worsened over the past week as New Delhi blamed Islamabad for the Pulwama attack by Pakistan-based terror group Jaish-e-Mohammad in which 40 CRPF personnel were killed. Both countries have called back their envoys for 'consultations'.

The secretary-general stresses the importance for both sides to exercise 'maximum restraint', his spokesperson Stephane Dujarric told reporters on Tuesday at the daily press briefing.

Dujarric was asked about a meeting Pakistan's Permanent Mission to the UN has sought with Guterres and also about Pakistani foreign minister Shah Mahmood Qureshi saying the UN must step in to defuse tensions between the two nations.

'...Looking at the situation in general between India and Pakistan, we're deeply concerned at the increase in tensions between the two countries in the wake of the attack on Indian security personnel on 14 February in Pulwama,' Dujrraic said.

On Pakistan's mission at the UN’s request for meeting with the secretary-general, he said: 'We've seen press reports of a letter having been delivered to the UN. As far as we've ascertained, none has been received as of this very minute.'