'The blackout is a form of collective punishment of the people of J&K, without even a pretext of a precipitating offence' 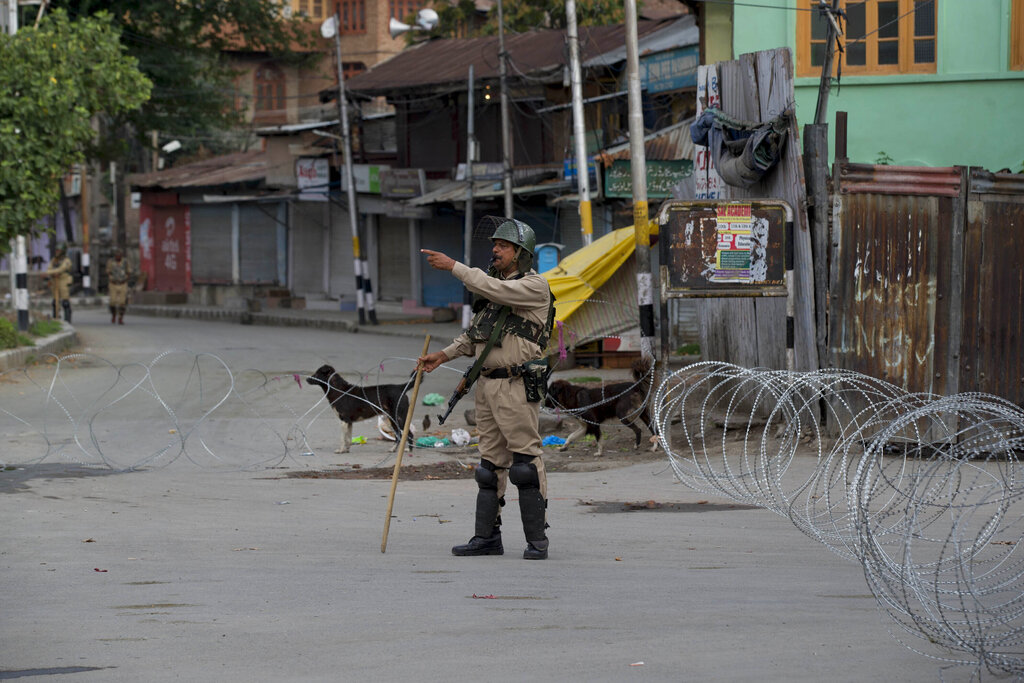 Five UN human rights experts on Thursday urged India to end the clampdown in Kashmir, describing the restrictions on freedom of expression, access to information and peaceful protests as a form of “collective punishment of the people” of the state.

“The shutdown of the internet and telecommunication networks, without justification from the Government, are inconsistent with the fundamental norms of necessity and proportionality,” the experts said in a statement.

“The blackout is a form of collective punishment of the people of Jammu and Kashmir, without even a pretext of a precipitating offence.”

The experts also expressed concern that the steps — imposed as a “precautionary measure” after the central government scrapped the state’s special status and redrew its map — “would exacerbate tensions in the region”.

The statement was released by the Office of the High Commissioner for Human Rights (OHCHR) in Geneva and articulates the views of five Special Rapporteurs and Working Groups — part of the Special Procedures of the Human Rights Council.

Special Procedures, the largest body of independent experts in the UN human rights system, is the general name of the Council’s independent fact-finding and monitoring mechanisms that address either country-specific situations or thematic issues across the world.

The OHCHR had brought out a report on Kashmir in 2018 too and India had last month described the update of that report as a “false and motivated narrative on the situation in Jammu and Kashmir”.

There was no reaction from the external affairs ministry to the latest statement on the clampdown, which the government has time and again described as “precautionary” and “temporary”.

The experts in their statement referred to the curfew-like restrictions and amassment of troops. “We remind the Indian authorities that the restrictions imposed by the Indian Government are intrinsically disproportionate, because they preclude considerations of the specific circumstances of each proposed assembly.”

They also flagged reports of night raids on private homes by security forces, leading to arrests of youngsters, and noted that such detentions could constitute serious human rights violations while urging the government to investigate these allegations and ensure that those responsible are held accountable.

“We are gravely concerned about allegations that the whereabouts of some of those detained is not known as well as the general heightened risk of enforced disappearances, which may proliferate against the backdrop of mass arrests and restricted access to the internet and other communications networks,” the statement said.

About reports of use of force, including live ammunition, the experts said: “India has the responsibility to use the minimum force necessary when policing protests. This means that the use of deadly force is a measure permissible only as last resort and to protect life.”

The statement will not be a surprise for the government as officials had been anticipating this as the clampdown prolonged.

The government has maintained that the situation is returning to normal, labouring the fact that not one death has been reported from the state in the fortnight since Kashmir was stripped of its special status.

While the clampdown has helped the government control the optics domestically, there is apprehension of international pressure mounting if more violence is reported.