Netizens pay homage, express anger, and ask how safe our country really is 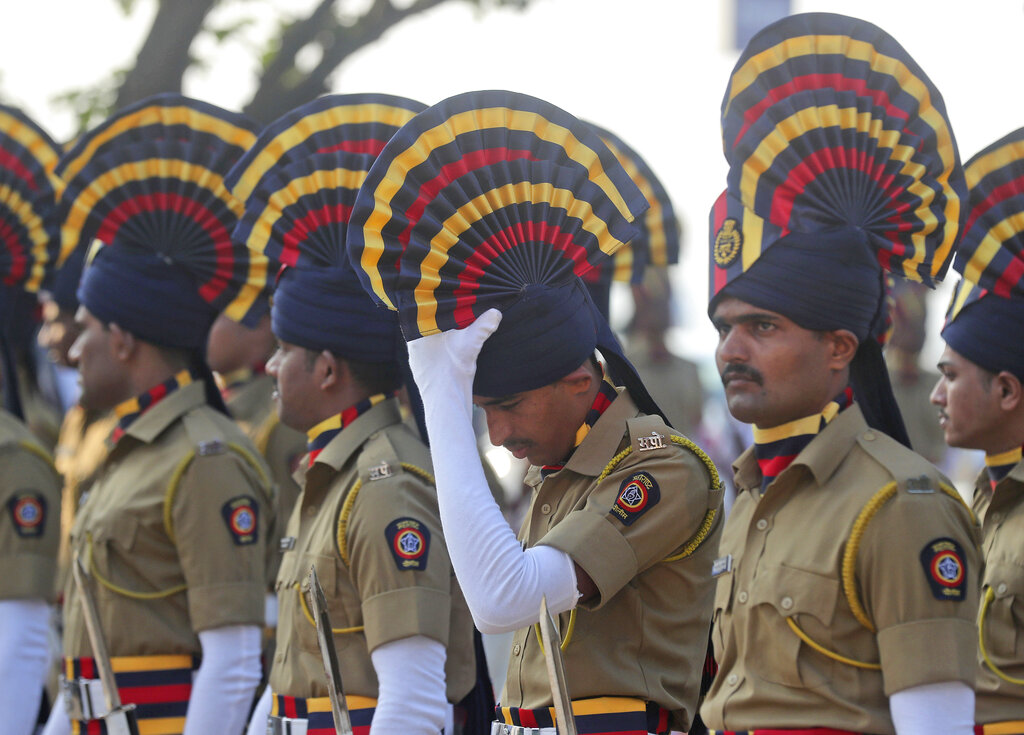 Ten terrorists. Five locations. 166 dead, at least. Even to those who watched the horror on television, the night of 26th November 2008 was like an ill-fated action movie turned rogue and chillingly real. Long before Twitter, the tension built tenfold as people could do nothing but watch. Nobody knew when they would strike next, or where.

Eleven years ago, the Pakistan-based Lashkar-e-Taiba terrorists, who were trained specifically for the mission, infiltrated Mumbai quietly on a hijacked fishing trawler from a Karachi port. With automatic weapons and grenades, they stormed prominent sites in the financial capital- Chhatrapati Shivaji Terminus railway station, Nariman House, Cama Hospital, Leopold Cafe, Taj Hotel, and the Oberoi-Trident Hotel.

Today, netizens and Mumbaikars took to Twitter to pay homage, express anger, and ask how safe our country really is.

Tributes to those who laid down their lives #MumbaiTerrorAttack 26/11

11th anniversary of #MumbaiTerrorAttack is a reminder that the nation's security and integrity is paramount. We bow to the sacrifice & service of our brave soldiers & officers who laid down their lives to protect the nation. -Sg #2611attack #MumbaiAttacks

26/11 took innocent lives as it gave birth to unsung heroes and martyrs who continue to inspire us with their valour. My salute to those who gave up their lives to protect us. We will always remember you fondly. #MumbaiTerrorAttack pic.twitter.com/i5EN7Q4fdx

In many ways, this day 11 years ago was the trigger for rise of India’s new Right, new nationalism. Young Indians watched in anger how helplessly we surrender to terror, how little our politicians care, how our ‘liberals’ lie, how candles were our only answer.#MumbaiTerrorAttack

A horrific day!! #MumbaiTerrorAttack is scar not only on minds of all #Mumbaikars but all innocent,peace loving people.Remembering the innocent lives lost,praying&hoping for a peaceful,terror free world.#Homage to the https://t.co/5QglHgSL0O fellow #Mumbaikar dread to remember

On the 11th anniversary of 26/11 #MumbaiTerrorAttack, I pay my homage to the braves who gave their life to defend Mumbai. I offer my deepest condolences to the innocents who lost their lives. Let’s us never forget their sacrifice. pic.twitter.com/FK67QpZnWw

Mumbai remembered its hero Tukaram Omble, an assistant sub-inspector of the Mumbai police, whose bravery helped to nab Ajmal Kasab (the sole gunman to be caught alive). Major Sandeep Unnikrishnan, who led the commando operation on the 27th of November at the Taj Hotel, was saluted as a martyr.

Despite being shot over 40 times, he nabbed Ajmal Kasab alive and singlehandedly exposed Pakistan’s heinous act.

26/11 is a reminder of the threats our nation faces and the greatness of men such as Shri Omble who keep us safe. pic.twitter.com/Vcnt0YmGal

But for Assistant sub-inspector (ASI) of Mumbai police (ex-army soldier), Terrorist Kasab would not have been apprehended & brought to justice

11 years after the most horrific terror attack, an Act of War, a moment of gratitude for all heroes and martyrs. Among them Tukaram Omble, an ASI & Army Naik who took the burst of bullets from Kasab's AK47 so that he could be captured alive. #NeverForget #MumbaiTerrorAttack pic.twitter.com/v1HZsPcU5t

"Don't come up, I'll handle them"
These were the last words of Maj. Sandeep Unnikrishnan on this day 11 years back!#MumbaiTerrorAttack pic.twitter.com/ML6xdgCAU5

Heroes of today. The cop and the soldier. Who gave up their lives to save Mumbai from burning. #26/11 pic.twitter.com/pNy6lAfwJk

Today, we rededicate ourselves to the Herculean resolve of our Heroes who fought fiercely during #MumbaiAttacks, saving precious lives at the cost of theirs.

We bow in reverence, and pledge to stand resolute against perpetrators of terror and violence.#MumbaiTerrorAttack

There were many who questioned the Congress, which was in power at the time, and blamed party politics for making the terror attacks a communal issue.

Why would the Congress blame the RSS for the 26/11 attacks, asked actress Payal Rohatgi. 'This is like imagination at its best,' she said.

Your party was in power.
Your party leaders tried to blame the RSS instead of Pakistan.
Your party dragged its feet as communalising the issue was more important than standing up for India.
And yet you wonder?#MumbaiTerrorAttack https://t.co/uMsgwY9cds

This is a shocking piece of evidence, why would @INCIndia blame @RSSorg for 26/11 attacks ? Was #AjmalKasab a converted #hindu having a Muslim name 🙄. There are many Converted Muslims having Hindu surnames but this is like the imagination to its best. Shame #MondayMorning https://t.co/b4lRm9IF1t

Twitterati slammed Malegaon blast accused and Bhopal BJP MP Pragya Singh Thakur afresh, on her comment about Hemat Karkare, whom she claimed to have 'cursed' because he treated her 'very badly'.

Karkare, who was the chief of Mumbai Anti-Terrorist Squad, was killed in action by Pakistani terrorists.

Srinivas B.V., president of the Indian Youth Congress, hailed Karkare as a hero whose sacrifice will be remembered by history.

'Even amidst protest, Opposition leaders pay tribute to the lives lost,' he said.

Tribute to all the brave hearts who stood firm to protect Mumbai from terrorism , led their lives to keep Mumbaikars threat free & safe.. lest we forget ! 26/11 #MumbaiAttacks ..

That she was given a ticket and now joining the Defense panel is shameful indeed.

Whats more shameful is fact that "secular opposition" virtually forced Public to vote for her, simply by giving ticket to the liar of the century, claiming #MumbaiTerrorAttack was done by Indians. https://t.co/WO5w0vfDHM

We will never forget the innumerable lives lost in the #MumbaiTerrorAttack.

Hero of India Hemant Karkare's sacrifice will echo through history.

Even amidst protest, Opposition leaders pay tribute to the lives lost, on the anniversary of #MumbaiAttacks pic.twitter.com/0K7skNzwya

A party which makes looney terror accused #pragyasinghthakur a member of Parliament should keep quiet about terror attacks. #MumbaiTerrorAttack

On the 26/ 11 anniversary, let us remember the sacrifice of Hemant Karkare who gave his life for the country. And the woman he investigated, a traitor is now on the defence panel of our democracy. A reminder that we failed our martyrs #MumbaiAttacks

Fire brigade personnel work at the Taj Mahal Hotel in Mumbai on November 29, 2008, after terrorists attacked the hotel and other locations in the city
The Telegraph file picture

Politicians like Piyush Goyal, Smiriti Irani and Ajit Pawar remembered the sacrifice of the police force, and paid homage.

Tributes to the innocent citizens & Railway staff who lost their lives in the gruesome 26/11 #MumbaiTerrorAttack and a big salute to the exemplary courage shown by all ‘Mumbaikars’ and the security forces in protecting our fellow citizens. pic.twitter.com/OMCHuDsN5H

26/11 is a reminder of the courageous act of our Police Force who bravely fought against the cowardly act of terrorism. My heartfelt tribute to the ones who lost their lives!#MumbaiTerrorAttack pic.twitter.com/JqC60yxFYh

Remembering those who lost their lives on the 11th anniversary of 26/11 #MumbaiTerrorAttack
Homage to the brave officers, military & civilians who risked their lives to save others
A Martyr dies not when they are shot but when they are forgotten#MumbaiAttacks #MayorSpeaks

Gautam Adani, chairman of the Adani Group, who was trapped inside the Taj Hotel on that fateful night during the attacks, said he is grateful for the people who helped save his life.

'I'm witness to the bravery and sacrifices of the Taj staff,' he said.

As someone who spent the night trapped inside Taj 11 years ago, I'm witness to the bravery and sacrifices of the Taj staff. It's humbling to be grateful to the people that helped save your life, but most of whom you will never get to thank personally. #MumbaiTerrorAttack

But it was not just Mumbaikars, and Indians at large who remembered the attacks.

Ken Juster, the US Ambassador to India paid homage to the victims of the attacks, and the Embassy of Israel lit as candle in memory of the lives lost.

'France stands by India in combating this global scourge (of terrorism)', said Emmanuel Lenain, Ambassador of France to India.

Today marks the 11th Anniversary of the #MumbaiTerrorAttack. As we remember and honor the victims and stand side-by-side with the people of India, we must remain strong and united in the face of terrorism, and more determined than ever to defeat it. #2611Attack pic.twitter.com/0hwINq1LNo

Today at the Embassy of Israel in India, we lit a candle in memory of the innocent lives lost in the 26/11 #MumbaiTerrorAttack at the foot of our mural echoing an age old prayer:

"May God bring Peace upon Israel", and upon India and all the world 🙏🏼🌏#NeverForget pic.twitter.com/NzMwSRvw6T

#MumbaiAttacks 26/11: 11 yrs after the horrific attacks, France pays tribute to the memory of its many victims, which included 2 French citizens.

France reaffirms its very strong condemnation of all forms of terrorist violence & stands by India in combating this global scourge.

Of course, the hate towards Pakistan was unanimous.

Never forget how so many innocent people lost their lives to mindless terror..

Never forget the brave jawans who sacrificed their lives for us..

Never forget those opportunist leaders who gave a clean chit to Pakistan..#MumbaiTerrorAttack pic.twitter.com/NTrtJoyhMP

11 yrs ago, Pakistani jihadists massacred people in #MumbaiTerrorAttack in the name of ‘liberating’ Kashmir. Many on Left justified it & blamed victim India for it.
26/11 planners are still alive & kicking in Pakistan. Left still shamelessly stands by fascistic azadi of Kashmir.

Although in sombre remembrance of three, long days of horror that claimed many lives and crept into many more, people remained strong, and kept the memory of the martyrs alive, for death lies but in forgetting.