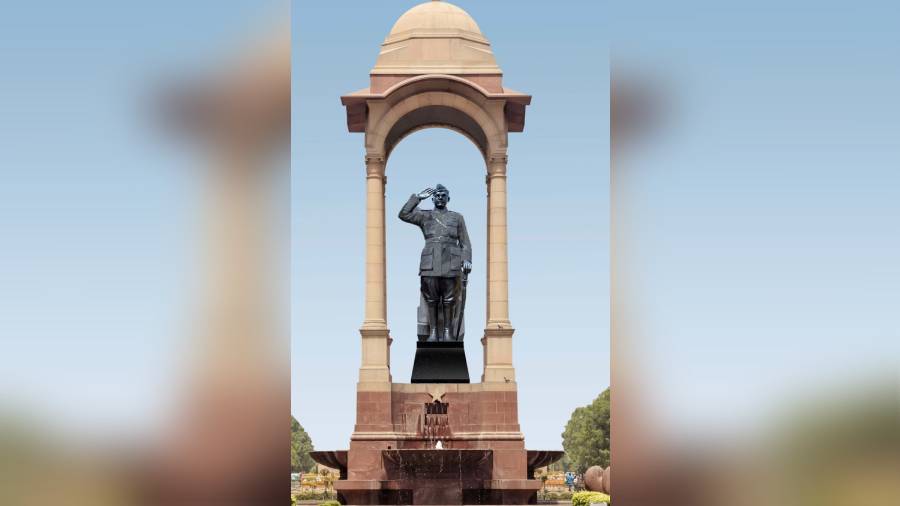 Trinamool Congress on Friday welcomed Centre's decision to install a statue of Netaji Subhas Chandra Bose at India Gate in the national capital, but asserted nonetheless that it was aimed at countering criticism after the rejection of West Bengal's tableau themed on the nationalist leader for the Republic Day parade snowballed into a major row.

The real tribute would be have been paid had the Centre taken steps to unearth the mystery shrouding Netaji's disappearance, TMC said.

"As the rejection of West Bengal's tableau on Netaji has created a major controversy, the Centre is trying to divert attention. The decision to install the statue of Netaji is only aimed in that direction. But we welcome the decision. At the same time, we feel that the real tribute would have been paid had the government taken steps to unearth the mystery shrouding his disappearance," TMC state general secretary Kunal Ghosh said.

Echoing him, party MP Sougata Roy said after the rejection of the tableau on Netaji BJP's claim of respecting icons of the nation stood exposed.

"We welcome the decision. But we feel there is no harm in allowing Netaji's tableau by the West Bengal government at the Republic Day parade. It was rejected due to narrow-minded politics. Now, as the BJP and its theatrics on the icons of our country has been exposed, it decided to install the statue," Roy said.

Prime Minister Narendra Modi Friday announced that a grand statue of the freedom fighter will be installed at India Gate as a symbol of the country's "indebtedness" to him .

Till the granite statue is completed, a hologram statue would be put up at the same place, Modi said.

The prime minister said that he will himself unveil the hologram statue on January 23, the 125th birth anniversary of the nationalist leader.

As the rejection of West Bengal's tableau for the Republic Day parade snowballed into a major row, Defence Minister Rajnath Singh Tuesday wrote to Chief Minister Mamata Banerjee informing her that the CPWD's float for the occasion would pay homage to Netaji Subhas Chandra Bose, but her TMC was implacable saying the state's "dignity has been hurt."

In a letter to Modi on Sunday, Banerjee had expressed "shock" at the rejection of the state's tableau which is themed on Bose and his Indian National Army. It also featured other Bengal icons like Rabindranath Tagore, Ishwar Chandra Vidyasagar, Swami Vivekananda and Sri Aurobindo.

Anita Bose-Pfaff, the only child of Bose, had said on Monday that the legendary freedom fighter's legacy has often been "partly exploited" for political reasons.

She minced no words while acknowledging the fanfare that marked the start of Bose's 125th birth anniversary year celebrations in 2021 in Kolkata had something to do with the elections in West Bengal.

".....the opening of the anniversary year was celebrated in a bigger way, of all places in Kolkata, had something to do with election and election prospects in Bengal. The fact that nothing happened this year .... certainly the issue is not as important as last year," she had told PTI in an interview.

All India Forward Bloc, the party founded by Netaji, too welcomed the Centre's decision but criticised the exclusion of West Bengal's tableau highlighting Bose's contributions.

"We welcome the decision to install the statue of Netaji at India Gate. But we feel his legacy should not be seen through the prism of Centre-state politics. The Centre should have allowed West Bengal's tableau," Naren Chatterjee, the state secretary of the party, said.

Leader of Congress in Lok Sabha, Adhir Ranjan Chowdhury, said the BJP is trying to "hijack" the legacy of Netaji Subhas Chandra Bose.

"The high-level committee that was formed to plan a year-long programme to commemorate the 125th birth anniversary of the great leader never discussed any such thing. As there has been a controversy, the BJP took this shortcut to counter the criticism," he said.