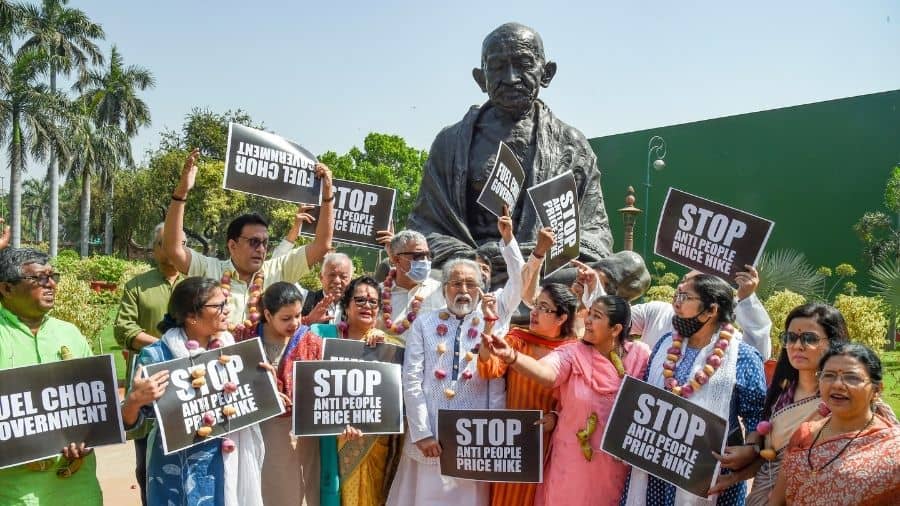 TMC MPs on Thursday held a protest in front of the Gandhi statue in Parliament complex against rising prices of essential commodities and fuel.

Senior TMC MP Sudip Bandyopadhyay said the common man was excessively burdened due to the steep hike in essential commodities and urged the government to intervene in the matter.

Both houses of Parliament adjourned sine die on Thursday, a day ahead of schedule.

Opposition leaders have been demanding a discussion on rising prices in both houses of Parliament during the Budget Session.

Petrol and diesel prices on Wednesday were hiked again by 80 paise a litre each, taking the total increase in rates to Rs 10 per litre or over 10 per cent.