Rescue and relief measures have been launched 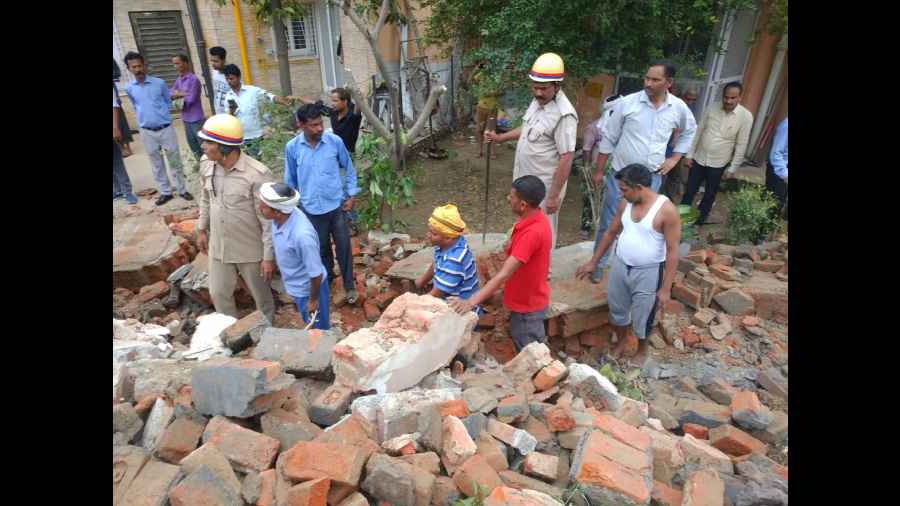 All 12 who had been buried under the rubble at Jal Vayu Vihar in Sector 21 around 10 am were labourers.

Multiple JCBs were deployed to clear the debris of the collapsed stretch of the wall that was located adjacent to a drain, officials said as police and fire department personnel swung into action for immediate rescue and relief measures.

"A total of 12 labourers were pulled out of the rubble. Four of them died while others suffered injuries in the episode," Additional Deputy Commissioner of Police (Noida) Ashutosh Dwivedi told PTI.

"Uttar Pradesh Chief Minister Yogi Adityanath expressed grief over the loss of lives in the wall collapse incident in Gautam Budh Nagar. He directed senior officials to rush to the spot and conduct relief work on a war footing," his office said in a tweet in Hindi.

He also directed the officials to ensure proper treatment of the injured, the Chief Minister's Office said.

Maheshwari said repair work was being carried out on the drain when the accident occurred.

"The Jal Vayu Vihar society is an old-construction society. The boundary wall was also constructed by the society itself and looked weak," she said.

The work on the drain outside the society was being carried out on the request of the society by a Noida Authority contractor through a tender, she said.

"The labourers working on the drain repair came under the wall, which suddenly collapsed. There were 12-13 persons at the spot. Of those rescued, one is injured and the remaining are fine," Maheshwari said.

On the contractor being cautioned by locals that the boundary wall was weak, the Noida Authority CEO said the matter would be investigated.

"A joint investigation by the police, the district administration and the Noida Authority will be carried out and if negligence is found on anybody's part then action would be taken against them.

"The contractor was working on the drain and not the boundary wall," she clarified.

UP: 13 dead in wall collapse