UN meet: Jaishankar describes terrorism as 'one of gravest threats' to humanity

The external affairs minister said despite efforts by United Nations, the threat of terrorism is only growing and expanding, particularly in Asia and Africa 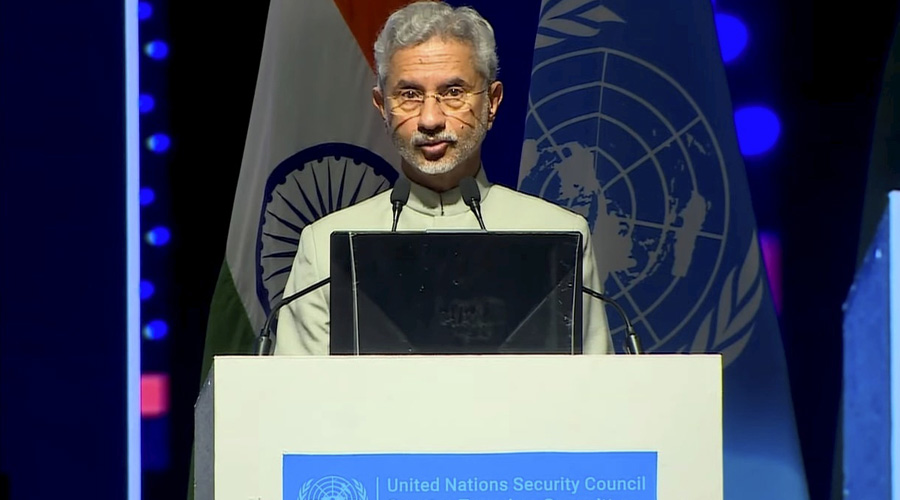 The counter-terror sanction regime of the United Nations has been effective to put countries on notice that turned terrorism into a state-funded enterprise, External Affairs Minister S Jaishankar said on Saturday, in an apparent reference to Pakistan.

In an address at the meeting of the UN Security Council Counter-Terrorism Committee in Delhi, Jaishankar described terrorism as "one of the gravest threats" to humanity.

He said despite efforts by the UN, the threat of terrorism is only growing and expanding, particularly in Asia and Africa.

"The UN Security Council, in the past two decades, has evolved an important architecture, built primarily around the counter-terrorism sanctions regime, to combat this menace," he said.

"This has been very effective in putting those countries on notice that had turned terrorism into a state-funded enterprise," Jaishankar said.

"Despite this, the threat of terrorism is only growing and expanding, particularly in Asia and Africa, as successive reports of the 1267 Sanctions Committee Monitoring Reports have highlighted," he added.

The minister said the ethos of open societies is being used to attack freedom, tolerance and progress.

He also spoke extensively on the use of new technologies by terror groups, saying the internet and social media platforms have turned into potent instruments in the "toolkit of terrorists and militant groups

"In recent years, terrorist groups, their ideological fellow travellers, particularly in open and liberal societies, and 'lone wolf' attackers have significantly enhanced their capabilities by gaining access to these technologies," Jaishankar said.

"They use technology and money, and most importantly the ethos of open societies, to attack freedom, tolerance and progress," he said.

Jaishankar said another "add-on" to the existing worries for governments around the world is the use of unmanned aerial systems by terrorist groups and organised criminal networks.

"The possibilities of using weaponised drones for terrorist purposes against strategic, infrastructure and commercial assets call for serious attention by the member states," he said.