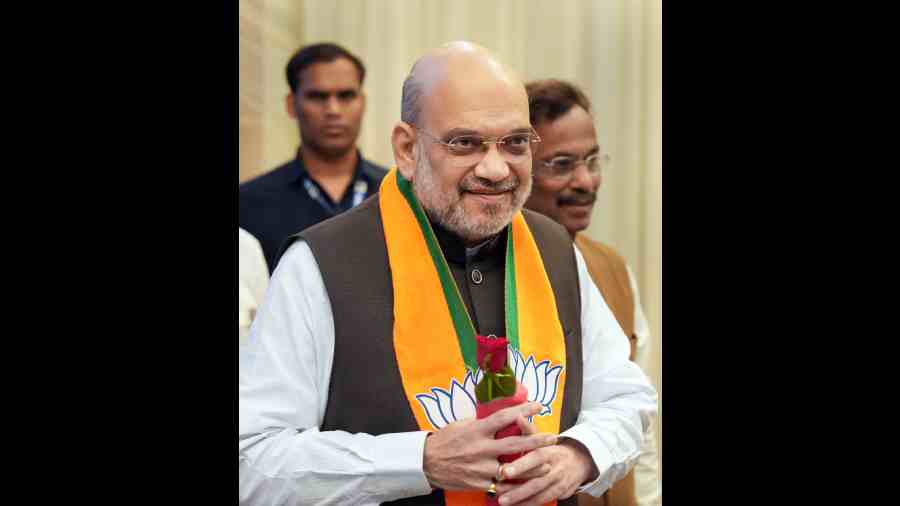 The BJP on Friday urged the Election Commission to order a CBI probe into the Telangana Rashtra Samithi's allegation that its members tried to poach some MLAs of the regional party, claiming that the entire event has been staged to influence the Munugode bypoll.

A BJP delegation, which met the commission, also accused Odisha's ruling Biju Janata Dal (BJD) of being behind a "sinister" attempt to malign the "personal image" of Home Minister Amit Shah through a "fake and doctored" audio clip with a view to influence the Dhamnagar bypoll.

It sought "deterrent" action against the accused and urged the Election Commission (EC) to get an FIR lodged against BJD members allegedly behind it.

Both assembly bypolls are due on November 3.

"A fake and doctored audio clip has been released through social media by BJD functionaries of an alleged meeting between Union Home Minister Amit Shah and one independent candidate of Dhamnagar constituency. The fact is no such meeting took place," the delegation said.

"Chandrasekhar said serious efforts at "intimidation" and disrupting the bypolls in Telangana and Odisha are underway. Both state governments have been "unsettled" by growing popularity of the BJP and are resorting to illegal methods to influence outcomes of the polls," he alleged.

The BJP said the EC should order a CBI probe into the Telangana issue as the state police, it alleged, is following the diktat of the state's ruling party.

"The Telangana Rashtra Samithi (TRS) is nervous as it is set to lose the bypoll," the party claimed, adding that this apprehension has prompted it to stage an event to target the BJP.

Police in Telangana have detained three people and registered an FIR against them alleging that they tried to coax four TRS legislators into defecting the party.

Rohith Reddy, one of the four TRS MLAs alleged, that the accused offered him Rs 100 crore and in return the legislator has to leave TRS and contest as BJP candidate in the next Assembly elections.