The Central Teacher Eligibility Test that aspiring teachers have to clear to teach in centrally funded schools and those in Delhi and the Union territories is set for a comeback this September after an unannounced suspension for two years. 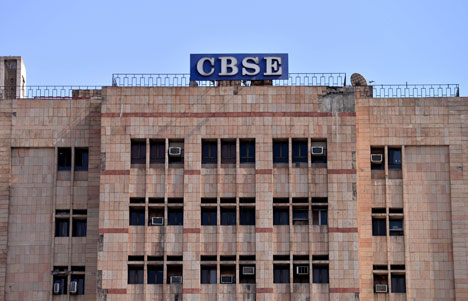 New Delhi: The Central Teacher Eligibility Test that aspiring teachers have to clear to teach in centrally funded schools and those in Delhi and the Union territories is set for a comeback this September after an unannounced suspension for two years.

Sources said the human resource development ministry would ask the Central Board of Secondary Education to resume conducting the test following teacher vacancies in these schools.

"The test is most likely to be held in September this year. The HRD ministry will issue an order soon," a CBSE official said.

Tens of thousands of aspiring schoolteachers have been left in the lurch since the CTET saw its first break in its six-year journey in 2016, as the guidelines needed to be revised.

Sources said some private schools had not been recruiting teachers through the CTET but the guidelines were likely to make that mandatory.

Neha Joshi, who completed her BEd in 2015, sat for the test the following year and has been waiting since for the next shot. "I have been preparing for the test. But the CBSE has not been holding it. Two years have been wasted," Joshi said.

The country's largest school board had been conducting the test to select a pool of candidates for recruitment in Kendriya Vidyalayas and Navodaya Vidyalayas and those run by the local administration in Delhi and in the Union territories. According to the Right to Education Act, teachers in these schools have to be recruited based on their performance in the test.

The CBSE held the test at least twice a year except the first year, 2011. But the board stopped conducting the test after September 2016 on the ground that the NCTE, the regulator for teacher education, was revising the exam guidelines.

The revision had become necessary because of the poor success rate of candidates and private schools were not adhering to the CTET/Teacher Eligibility Test (TET) systems.

Kendriya Vidyalaya Sangathan commissioner Santosh Mall welcomed the CTET's likely return this year. "It is a good move. We will get good eligible candidates for recruitment," Mall said.

Class XII pass-outs with Diploma in Elementary Education (DElEd) and those with graduation-plus BEd degrees can appear for the test to get eligibility certificate for appointment as teachers in both government and private schools to teach up to Class VIII.

About 1.93 lakh candidates had appeared for the test in September 2016 and over 26,000 had qualified. In earlier years, less than ten per cent candidates were qualifying the test.