The move came after a bigotry-fuelled backlash, suggesting that even the Tata name can no longer guarantee the execution of business decisions 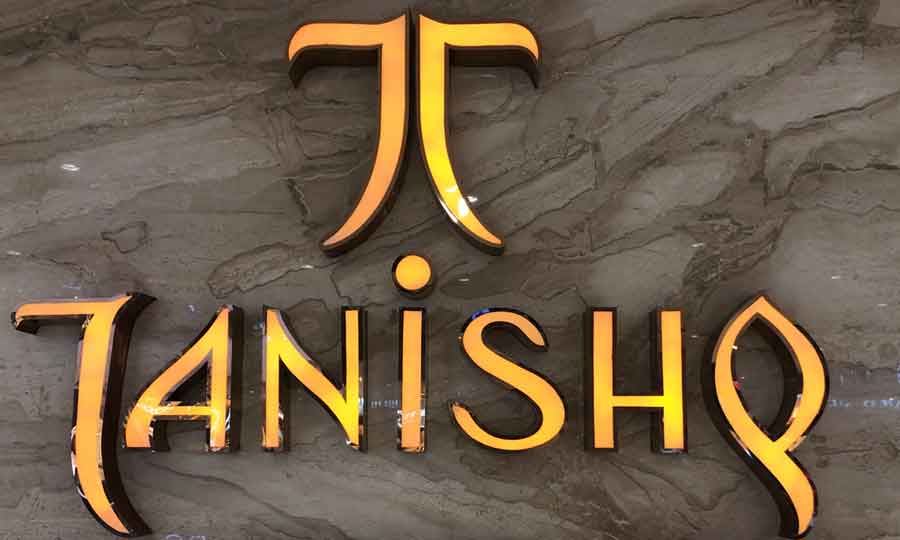 The ad was pulled after a bigotry-fuelled backlash, suggesting that even the Tata name can no longer guarantee the execution of business decisions. The ad faced abusive comments that accused Titan, the Tata Group firm, of promoting “Love Jihad”.

“Love Jihad” is an unsubstantiated notion that Muslim men are entrapping non-Muslim women through marriage as a form of proselytisation.

A Tanishq spokesperson said: “The idea behind the Ekatvam campaign is to celebrate the coming together of people from different walks of life, local communities and families during these challenging times and celebrate the beauty of oneness. This film has stimulated divergent and severe reactions, contrary to its very objective.”

The spokesperson added: “We are deeply saddened with the inadvertent stirring of emotions and withdraw this film keeping in mind the hurt sentiments and well being of our employees, partners and store staff.”

Titan Company Ltd, a joint venture between the Tamil Nadu Industrial Development Corporation and the Tata Group, is the owner of the Tanishq jewellery brand. Even though the TIDCO holds a 27.88 per cent stake and the Tatas 25.03 per cent, the latter manages the joint venture and, in turn, the Tanishq brand.

Tamil Nadu is now governed by the AIADMK, an ally of the BJP-led NDA.

After Tanishq pulled the ad, Congress MP Shashi Tharoor tweeted: “So Hindutva bigots have called for a boycott of @TanishqJewelry for highlighting Hindu-Muslim unity through this beautiful ad. If Hindu-Muslim ‘ekatvam’ irks them so much, why don’t they boycott the longest surviving symbol of Hindu-Muslim unity in the world — India?”

Tanishq had first disabled comments on the brand’s YouTube channel after the trolling. Once hashtags calling for the boycott of the brand trended on Twitter, the ad was taken down from YouTube and other platforms.

Actress Kangana Ranaut, a new rallying figure for fundamentalists, tweeted: “This advert is wrong on many levels, Hindu bahu is living with the family for a significant amount of time but acceptance happens only when she is carrying their heir. So what is she just a set of ovaries? This advert does not only promote love-jihad but also sexism.”

Deepika Padukone, the actress who had been targeted by Ranaut, is a brand ambassador of Tanishq.

Several others in the film industry, such as Konkona Sensharma, Richa Chadha, Swara Bhasker and director Onir have supported the ad.

Communication expert N. Chandramouli warned that the withdrawal by a brand backed by the Tatas could set the trend for others to follow. “We can’t say what the reasons are for the pullback. It’s not just the troll impact. Today, you know about those discreet calls that go to the management,” Chandramouli told The Telegraph.

Chandramouli added: “Now trolls know that brands will succumb and all brands will feel this forever now. They will quote the Tanishq example and say ‘please don’t make such controversial ads…. They have set a narrative where the people who are bigots have gotten stronger and those who could have taken a stand have actually gotten weaker.”

Tanishq is not the first brand to face religious bigotry. Surf Excel was trolled last year for showing a girl dropping a boy to a mosque on Holi, and saving his spotless white kurta by taking the water balloons on herself. Just before this, another Hindustan Unilever brand, Brooke Bond Red Label tea, was trolled for an ad showing a son abandoning his father at the Kumbh fair.

In response, the company had tweeted: “RedLabelChai encourages us to hold the hands of those who made us who we are. Watch the heart-warming video #ApnoKoApnao.”

Titan’s capitulation comes at a time when others like Bajaj Auto and Parle-G biscuits have refused to advertise on TV channels that promote “aggression and toxicity”.

The other virus of bigotry

Boycotting Muslims: Who’d You Rather Listen to, Gods or Bigots?