Advertisement
Home / Opinion / The other virus of bigotry

The other virus of bigotry 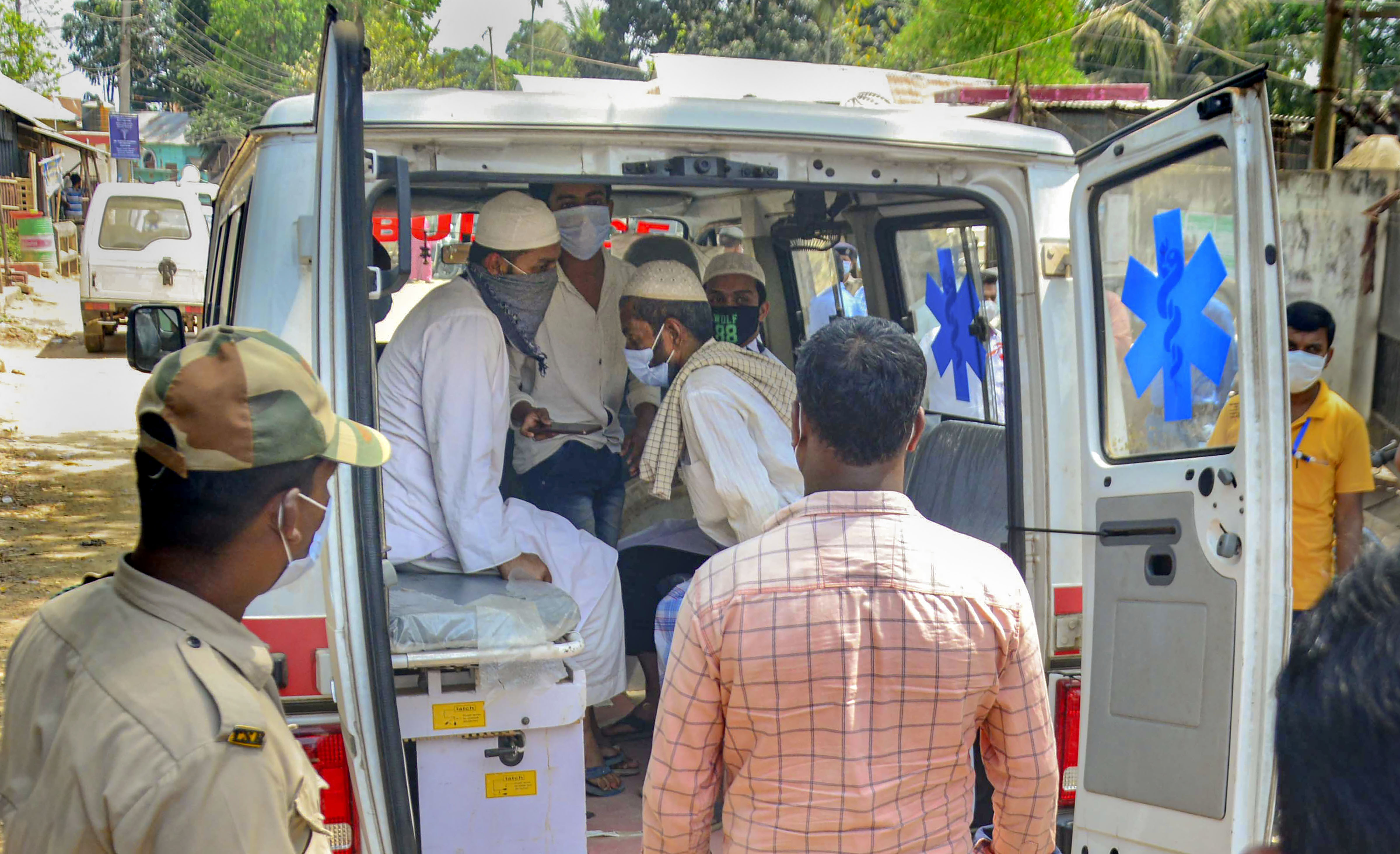 An ambulance carries devotees, who had recently attended the religious congregation at Tabligh-e-Jamaats Markaz in Delhis Nizamuddin area, for COVID-19 tests, in Agartala, Wednesday, April 1, 2020
PTI
The Editorial Board   |   Published 13.04.20, 08:31 PM

A business profile is usually a benign requirement. But some kinds of profiling augment businesses that are lethal in nature. The Centre’s appeal against the labelling of any community as an agent for spreading the coronavirus pandemic must be read in the light of the ugly rash of discrimination that is being spread to target Muslims. Concerted attempts have been made by influential constituencies — Bharatiya Janata Party functionaries, officials and a segment of the media — to suggest that India’s growing burden of the disease must be blamed on a religious congregation of the minority community even though a group of Indian scientists have pointed out that available data do not corroborate the rising curve of the coronavirus with the convention organized by the Tablighi Jamaat. The space for cool, rational thinking is severely restricted in New India. Hence the spewing of such venom has had immediate consequences on the ground. A man was allegedly denied treatment by a hospital in Cuttack on account of his faith; thuggish BJP cadre beat up a group of Muslim social activists who were distributing rations to slum dwellers in Bangalore. Presumably, they took their cue from those on the higher perches of power. The health minister of Assam flouted norms by naming Covid-19 patients all of whom had links to the Tablighi Jamaat; a BJP MP from Karnataka has chosen to describe the congregation as ‘Corona jihad’ in an attempt to stir the toxic brew further.

It appears that mild reprimands are not enough to contain the virus of bigotry. The attack on Muslim social activists in Bangalore took place in spite of the BJP chief minister of Karnataka warning against the maligning of Muslims. Stringent interventions are required. But would the Centre be willing to crack the whip? Keeping the communal pot simmering has been a favoured strategy of the BJP for political and ideological ends. This time, there may be an additional incentive. There is evidence to suggest that Narendra Modi and his government have woken up to the coronavirus crisis only belatedly. The burgeoning health and economic costs of the pandemic are exposing the Centre’s underpreparedness. There is, however, a time-tested method for deflecting attention from the failures in governance. A scapegoat — India’s minorities fit the bill conveniently — helps save the government the blushes.