She was rushed to the All India Institute of Medical Sciences around 9.30pm after she complained of chest pain 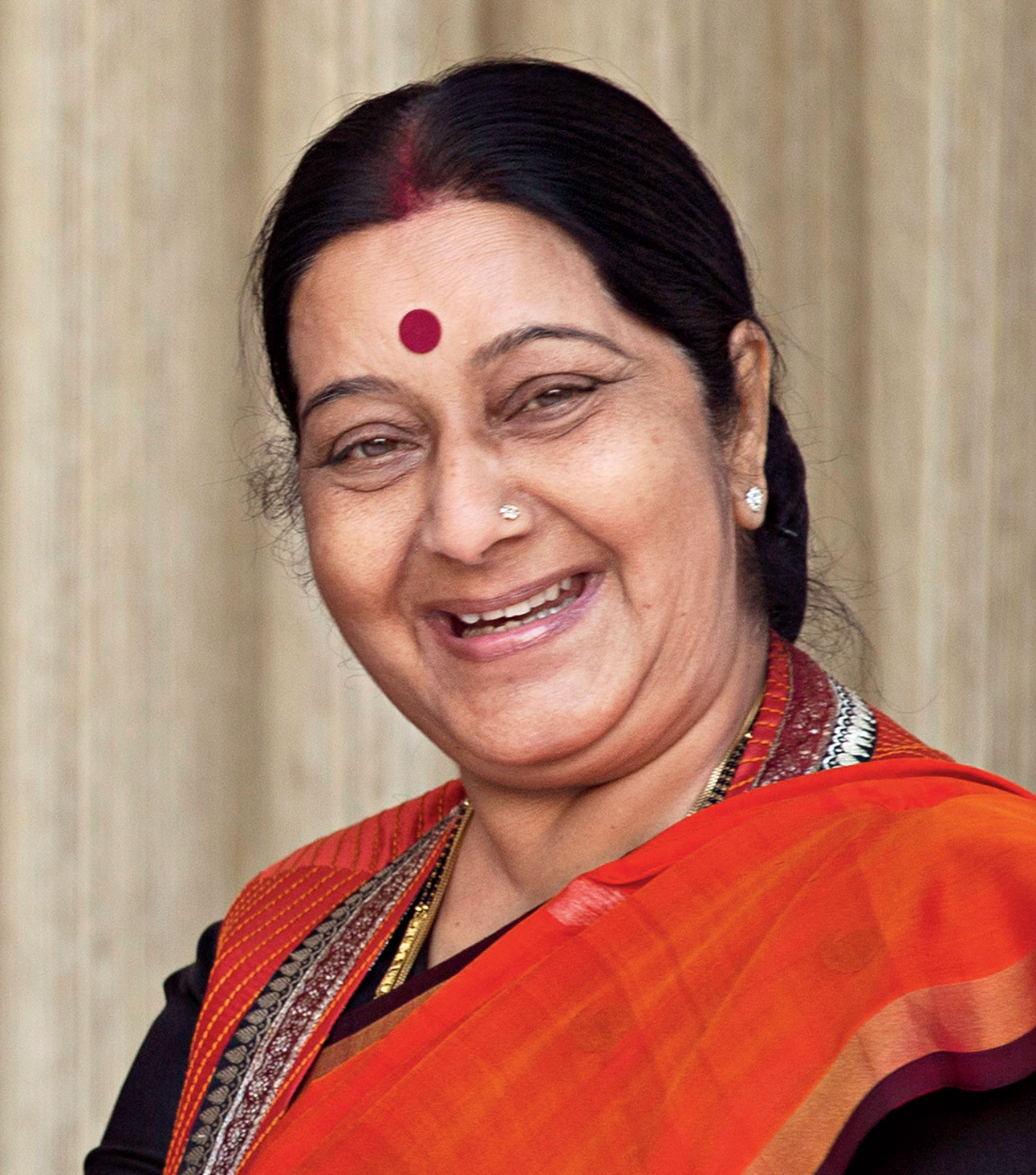 Sushma Swaraj, who had unsuccessfully taken on Sonia Gandhi in Karnataka’s Bellari in 1999, had been a shining leader among the second generation promoted by Atal Bihari Vajpayee and Advani.
(AP)
Our Special Correspondent   |   New Delhi   |   Published 06.08.19, 09:17 PM

Hours before her death, Sushma had tweeted her gratitude to Prime Minister Narendra Modi, after the Lok Sabha passed proposals related to scrapping Jammu and Kashmir’s special powers and splitting the state into two Union Territories.

“Thank you Prime Minister. Thank you very much. I was waiting to see this day in my lifetime,” she tweeted at 7.23pm.

Sushma was rushed to the All India Institute of Medical Sciences around 9.30pm after she complained of chest pain, according to sources. Doctors at AIIMS tried to revive her but failed, BJP leaders said.

Sushma had undergone a kidney transplant at AIIMS in 2016, when she was foreign minister in the first Modi government.

She had voluntarily opted out of contesting the 2019 Lok Sabha polls on health grounds. Sushma vacated her official residence recently and shifted to an apartment in central Delhi.

There had been speculation that she could be elected to the Rajya Sabha or be made a governor.

Sushma, who entered politics in the mid-70s, was the first prominent woman leader of the BJP. A powerful orator who was fluent in both Hindi and English, she was at one point widely viewed as a future prime ministerial face of the party. As Leader of Opposition in the Lok Sabha during the UPA tenure, Sushma had made a mark for herself.

Sushma was known to be extremely close to party patriarch L.K. Advani.

The talk about the possibility of Sushma becoming Prime Minister faded away after Narendra Modi, then Gujarat chief minister, emerged as the front-runner for the post.

Sushma, who had unsuccessfully taken on Sonia Gandhi in Karnataka’s Bellary in 1999, had been a shining leader among the second generation promoted by Atal Bihari Vajpayee and Advani.

As foreign minister, Sushma had been one of the most-followed politicians on social media. She had won the hearts of many distressed people by responding to their calls for help on social media almost round the clock.

There was an outpouring of grief at Sushma’s passing.

In a series of tweets, Modi called Sushma a “prolific orator and outstanding Parliamentarian” who was “admired and revered across party lines”. The Prime Minister said her death was a “personal loss” for him, lauding her “tireless” work as foreign minister, even when she was ill.

Bengal chief minister Mamata Banerjee said: “Deeply saddened, shocked at the sudden passing away of Sushma Swaraj Ji. I knew her since the 1990s. Even though our ideologies differed, we shared many cordial times in Parliament. An outstanding politician, leader, good human being. Will miss her. Condolences to her family/admirers.”