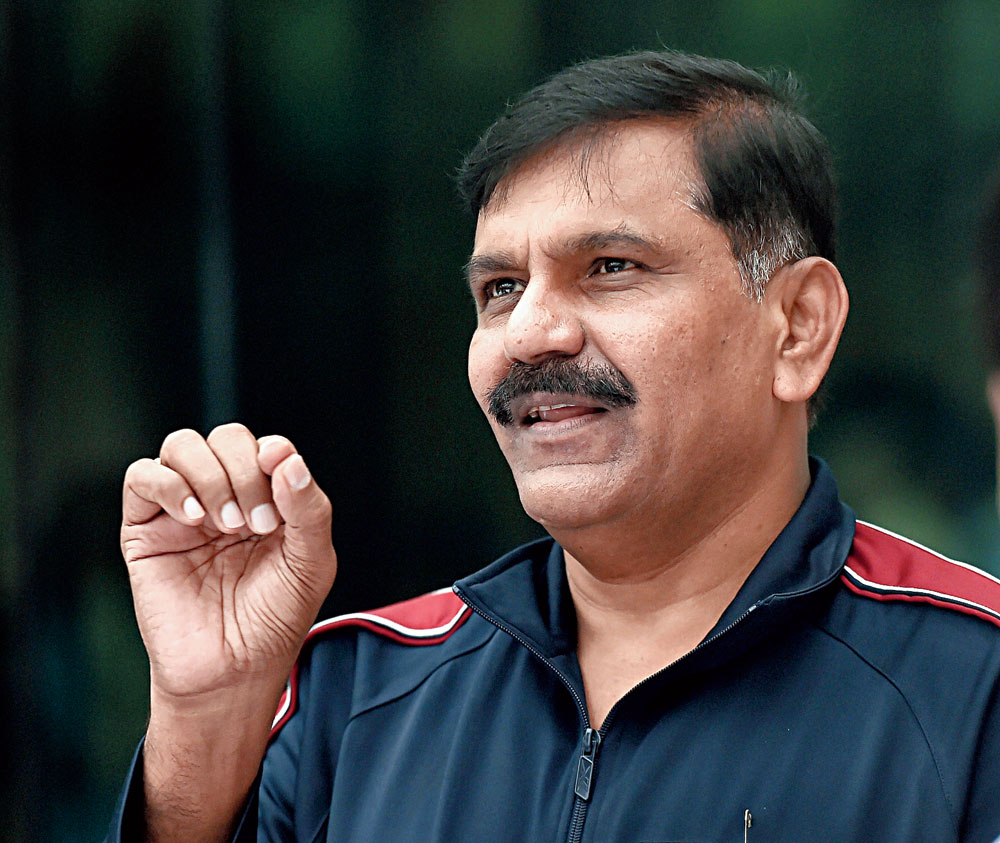 The Narendra Modi government’s preferred trouble-shooter in the CBI was on Tuesday convicted of contempt by the Supreme Court for defying a transfer ban and sentenced to confinement in the court till it rose at 4pm.

Additional director M. Nageshwar Rao, now the virtual No. 2 in the CBI and twice chosen by the Centre to hold the fort at the agency during crises, and another official escaped a 30-day jail sentence by begging for mercy with folded hands.

Rao, who was the agency’s interim director till February 1, had on January 18 transferred joint director Arun Kumar Sharma to the CRPF despite two earlier court orders — one on October 31 and the other on November 28 — restraining the officer’s transfer without approval from the court.

Sharma had been supervising the probe into a sexual abuse case at a Muzaffarpur shelter home, an investigation the top court is monitoring. Sharma was also simultaneously monitoring investigations into corruption charges against then CBI special director Rakesh Asthana, considered close to the political leadership.

The Centre had gone out on a limb to appoint Rao interim director twice in spite of widespread misgivings — the first time after the midnight raid that benched the director Alok Verma and the next time when Verma was ousted.

On February 7, the top court started contempt proceedings against Rao and Bhasuram after amicus curiae Aparna Bhat, who is assisting the court in the Muzaffarpur case, informed the court about Sharma’s transfer.

When the matter came up for hearing on Tuesday, the bench initially wanted to send the two officers to jail for 30 days after holding both of them guilty.

But attorney-general K.K. Venugopal and the two officials begged for mercy. Rao said he was tendering an “unconditional apology”, pleading that the transfer order he had issued was “not a (case of) wilful contempt”.

Venugopal said it was an “error of judgement” and not wilful contempt of the court. He pleaded that if Rao was sentenced to 30 days’ imprisonment, it would gravely affect a “30-year blemish-less career”. (An official can be suspended if detention exceeds 48 hours.)

Rao, he added, was also a recipient of several police medals, including the President’s medal.

Justice Gogoi, after confabulating with the other judges on the bench, said Rao and Bhasuram were being convicted and sentenced “till the rising of the court”.

Rao didn’t step out for lunch. An advocate tried to sneak in a packet of biscuits but was stopped by police. Food cannot be served inside the court hall and talking on mobiles is banned. Rao remained without food or water till 4pm.

At 3.40pm, when the court was hearing another case, a young advocate ushered Rao before the Chief Justice’s bench without permission.

With folded hands, Rao again tendered an unconditional apology. Venugopal, who was present for another matter, endorsed Rao’s plea that the conviction and the sentence be withdrawn.

Rao beat a hasty retreat to the gallery.