Justice Madan B. Lokur tasked with ensuring the prevention of stubble burning in Punjab, Haryana and Uttar Pradesh 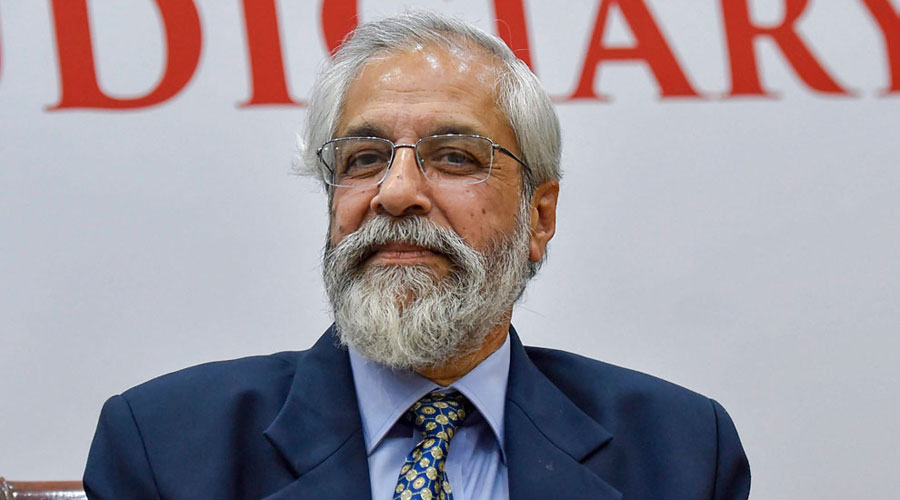 The Supreme Court on Friday appointed Justice Madan B. Lokur, a retired judge and a trenchant critic of the State’s misuse of the sedition law, as a one-man committee to check air pollution in Delhi.

The court overruled objections from solicitor-general Tushar Mehta, who was representing the governments of two states where the BJP is in power. Mehta said his clients had not been heard before the panel was recommended.

A bench headed by Chief Justice S.A. Bobde has tasked Justice Lokur with ensuring the prevention of stubble burning in Punjab, Haryana and Uttar Pradesh, an age-old practice that aggravates air pollution in the National Capital Region in October-November every year.

As a sitting judge, Justice Lokur had headed a bench that delivered an unpalatable verdict for the Narendra Modi government on extra-judicial killings and had condemned, after retirement, the use of the sedition law against “youngsters, students talking about doing something good for the country”.

“(The charge of) sedition is being used with an iron hand to curb free speech, which is an overreaction to people expressing views,” he had said at a webinar last month, without mentioning names.

Alluding to Dr Kafeel Khan, he had said that recently in Uttar Pradesh, a speech calling for the unity and integrity of the country was used to keep the speaker in preventive detention on the ground that the speech was against the country’s integrity.

In 2018, dealing with a public interest plea on alleged extrajudicial killings of over 1,528 people in Manipur between 1985 and 2001, the bench headed by Justice Lokur had ordered a CBI inquiry despite the Modi government arguing this would demoralise the armed forces.

Justice Lokur’s willingness to express dissent also showed in the way he had combined with three other apex court judges in January 2018 to hold a news conference and accuse then Chief Justice Dipak Misra of allocating key cases to certain favoured junior judges.

Mehta, appearing for the Uttar Pradesh and Haryana governments, had opposed Justice Lokur’s appointment to the committee on the ground that the states had not been heard on the matter.

“We heard the matter at length for more than half an hour. We heard everyone. The consent of the judge was taken. We passed the order in the open court. You can tell us what your reservation is,” Justice Bobde had asked.

Mehta said: “The recommendations for the committee were made by the petitioner and the consent (of Justice Lokur) was obtained by them. We were not even put on notice. Hence we should be heard.”

But Justice Bobde said: “We are only concerned that citizens of Delhi NCR are able to breathe fresh, clean air; and while the court is shut, we don’t want anything to happen during these nine days.”

The apex court will be closed till October 25 on account of Dussehra.

Post-harvest stubble burning in Delhi’s neighbourhood, mostly between mid-October and mid-November, induces a spike in air pollution during the festive season.

A minor, Aditya Dubey, and his friends had moved a public interest petition seeking steps to prevent the practice, a project in which the state governments have only had partial success.

Additional solicitor-general Aishwarya Bhati, representing the Uttar Pradesh government, too requested the court not to pass any order as another bench was scheduled to hear a petition on environmental pollution on November 23.

She added that the Environment Pollution Prevention Control Authority (EPCA) of the Union environment ministry was already monitoring the situation.

But Justice Bobde clarified that the order was “not an indictment of any authority”.

“It is necessary that there be some monitoring of stubble burning with a view to its prevention before it assumes abnormal proportions,” the court said.

“We, accordingly, accept the suggestion (of the petitioners’ counsel, Vikas Singh) and appoint Hon’ble Mr Justice Madan Lokur, a former judge of this court, to act as the one-man monitoring committee to monitor the measures taken by the states to prevent stubble burning."

Highlights of the order:

*The chief secretaries of Punjab, Haryana, Uttar Pradesh and Delhi must assist Justice Lokur “and enable physical surveillance of fields where stubble is likely to be burnt”.

*The National Cadet Corps, National Service Scheme and the Bharat Scouts and Guides should assist the Lokur committee wherever possible.

*The teams formed in the states to prevent stubble burning “shall report to and take instructions from” the Lokur committee.

*The Punjab, Haryana and Uttar Pradesh governments must provide the committee with secretarial help, transport and security, if necessary.

*The EPCA and other relevant authorities must provide any assistance and information the committee seeks.

*The committee is to hand in fortnightly reports to the court.