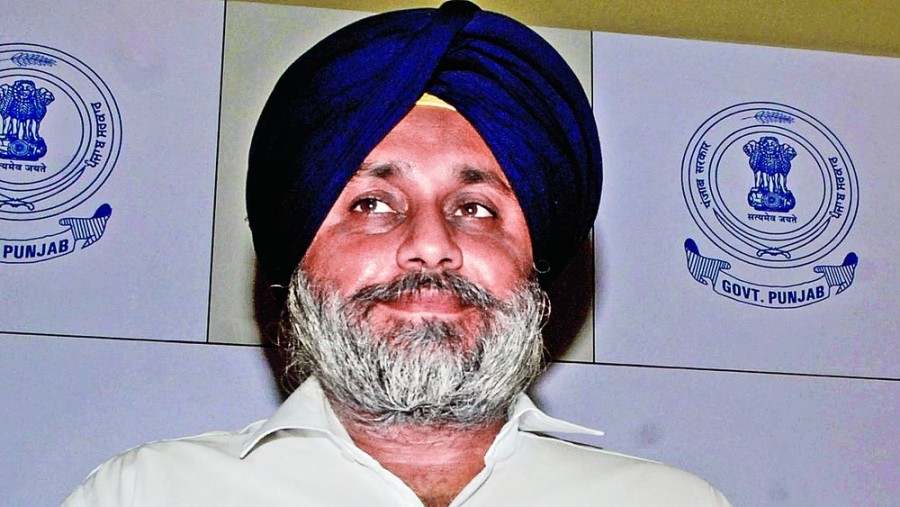 SAD chief Sukhbir Singh Badal on Monday slammed the AAP government over the alleged breakdown of law and order in Punjab since it came to power two months ago and said he was shocked at the manner in which the state was being “misgoverned.”

“Punjab has witnessed 27 murders. As many as 24 farmers have committed suicide and 61 youths have lost their lives due to drug overdose. Instead of providing succour to the common man and ensuring the rule of law prevails... Chief Minister Bhagwant Mann is holding phony photo-ops in Chandigarh," the Shiromani Akali Dal chief alleged in a statement here.
“If this is the change the AAP had promised, then Punjabis are in for one of the worst phases in the history of the state," he said.

Badal also accused the Aam Aadmi Party of misleading the people of the state to secure their votes. He alleged the party had no intention of tackling the drug menace. Badal further demanded that the Centre lift the ban on the export of wheat.

He claimed farmers were being victimised and being denied the benefit of higher export prices. Apparently, the same logic was not applied to steel and cement exports, he said. "We have witnessed a steep increase in steel and cement prices after their export was allowed by the Centre, which has benefitted corporates. But wheat is not being allowed to be exported because farmers do not have any voice in the government," he added.

Badal said allowing the export of wheat would have allowed farmers to recover the losses suffered on account of low yields due to unseasonal rains and high temperatures.

He said the AAP government has failed to get the phenomenon declared as a natural calamity. The state government should take up the cause of farmers forcefully with the Centre and demand a compensation of Rs 500 per quintal for them.

"Not doing so will have an adverse impact on the agricultural economy of the state and affect all stakeholders," he added. India has banned wheat exports as part of measures to control rising domestic prices.

The Directorate General of Foreign Trade (DGFT) said in a notification dated May 13, "The export policy of wheat is prohibited with immediate effect."

However, the export shipments for which irrevocable letters of credit (LoC) have been issued on or before the date of this notification will be allowed, the DGFT said.