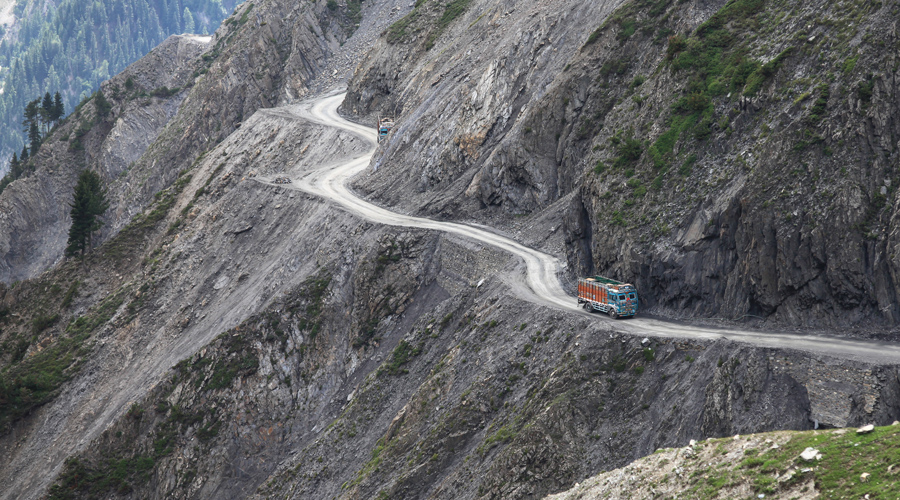 BRO to provide different kinds of assistance including accommodation, food, petrol, etc to the travellers during emergency along the highway.
Shutterstock
Our Bureau And Agencies   |   Jammu   |   Published 24.02.21, 11:02 PM

The Jammu and Kashmir government on Wednesday announced that the Srinagar-Leh national highway will be reopened for vehicular traffic on February 28, officials said.

Kashmir Divisional Commissioner P K Pole convened a meeting to review the status of the Srinagar-Sonamarg-Gumri (SSG) road scheduled to be thrown open for civilian traffic from February 28, they said. On that day, the road will be officially opened by the Lieutenant Governor of Ladakh for traffic movement, they said.

During the meeting, it was given out that the road stands cleared for one-way traffic but based on a weather advisory, the road shall be opened for civilian traffic from February 28, they said.

It was informed during the meeting that several advisories need to be issued in view of the slippery road condition and avalanche warnings, including allowing the plying of vehicles with chains for both HMVs and LMVs and one-way traffic at Zojila pass to avoid accidents.

The Kashmir divisional commissioner said both advisories shall be put in place to prevent any exigency while there shall be proper timing to allow movement of vehicles from Sonamarg and Minamarg.

To ensure mobile connectivity for travellers along the highway in case of any emergency, the divisional commissioner directed the Border Roads Organisation (BRO) to provide logistic support to BSNL and Reliance Jio networks to resume cellular connectivity.

He also directed the Chief Engineer, BRO to provide different kinds of assistance including accommodation, food, petrol, etc to the travellers during emergency along the highway.

The divisional commissioner directed for close coordination among the Deputy SPs and Collectors on both sides of the pass to ensure hassle-free movement of vehicles.