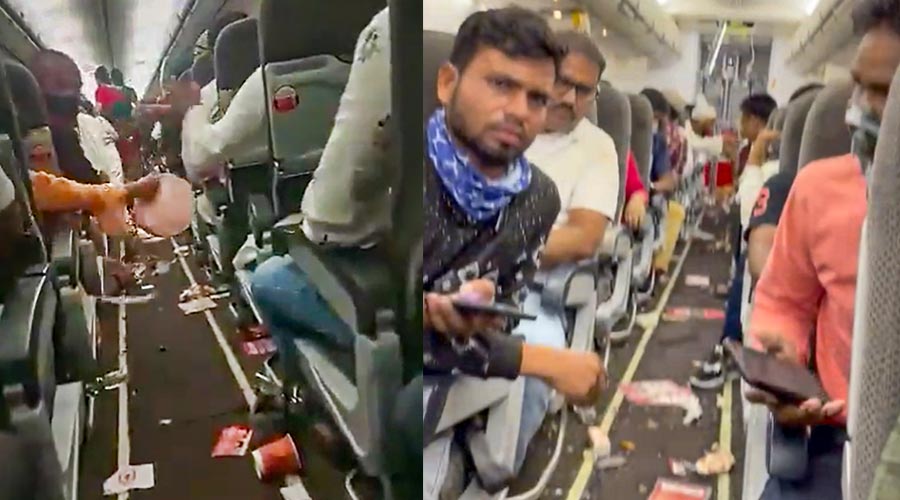 Aviation regulator DGCA on Monday said it has instituted a multidisciplinary team to probe the severe turbulence incident on SpiceJet's Mumbai-Durgapur flight that left 15 people injured.

SpiceJet on Monday said the seat belt sign was on and multiple announcements were made by crew members asking passengers to remain seated on its Mumbai-Durgapur flight on Sunday.

A total of 15 people 12 passengers and three cabin crew members were injured in this flight due to severe turbulence, said officials of the Directorate General of Civil Aviation (DGCA).

DGCA chief Arun Kumar told PTI, We have deputed a multidisciplinary team to carry out regulatory investigation (into this incident).

On Monday, SpiceJet spokesperson said, Eleven passengers travelling on SpiceJet flight SG-945 from Mumbai to Durgapur on May 1, which encountered severe turbulence during descent which unfortunately resulted in injuries to a few passengers, were hospitalised.

Eight of those hospitalised have been discharged so far, the spokesperson said.

The spokesperson said it is providing all possible help to the injured.

The seat belt sign was on when the aircraft encountered turbulence. Multiple announcements were made by the pilots and the crew instructing passengers to remain seated and keep their seat belt fastened, the spokesperson mentioned.

Due to severe turbulence, injuries were caused to few passengers, the spokesperson noted.

Timely medical assistance was provided upon arrival, the spokesperson added.