DGCA commences investigation to ascertain the cause of the incident 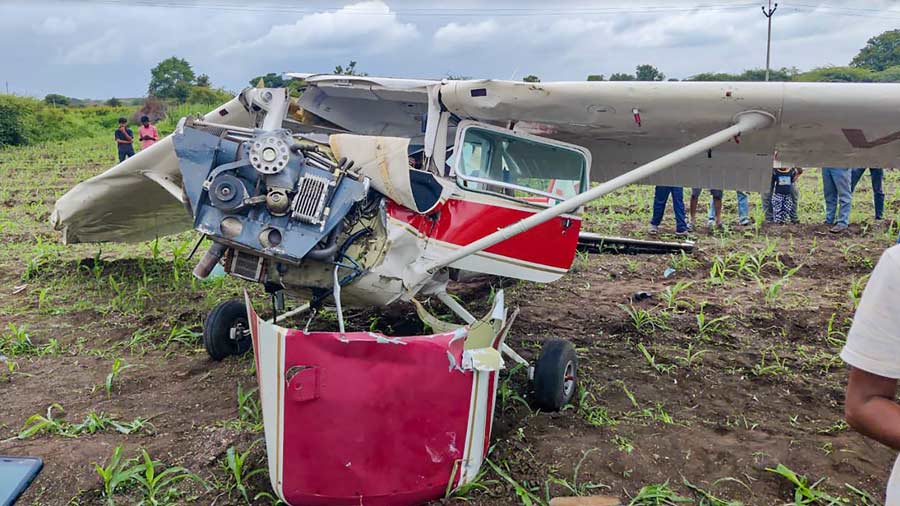 A single-seater aircraft crash landed during a training session in Maharashtra's Pune district on Monday, said an official from a private aviation academy to which the plane belonged.

The Directorate General of Civil Aviation (DGCA) has commenced an investigation to ascertain the cause of the incident, Aviation Minister Jyotiraditya Scindia stated on Twitter. "The trainee aircraft crash in Indapur, Pune District is unfortunate. No fatalities have been reported. Praying for the recovery of injured pilot, Ms Bhavika Rathod," the minister added.

The incident took place at Kadbanwadi in Indapur tehsil around 11.30 am. The aircraft had taken off from the Baramati airport in Pune, a police official said.

The Cessna 152 VY-ALI plane belonged to the Academy of Carver Aviation located near the Baramati airport.

The pilot, Bhavika Rathod, received minor injuries and was admitted to a hospital for treatment, the police official said.

The aircraft was damaged, he added.

The pilot received minor injuries, said a medical officer from a primary health centre in Shelgaon who had gone to the accident spot.

Vaibhav Shah, financial in-charge at the Academy of Carver Aviation, said the incident took place during a training session.

"Since ours is a pilot training academy, the exact cause of the crash landing will be ascertained after an investigation," he said.

The pilot is safe. It was a skilful and safe crash landing by the pilot, he said.

In February 2019, a trainer aircraft crashed near Rui village in Indapur tehsil. The pilot, who was flying solo, had suffered injuries.