The state government greeted it with a demand of Rs 3,764 crore assistance required to deal with the situation; Nitish asserted that the team arrived late 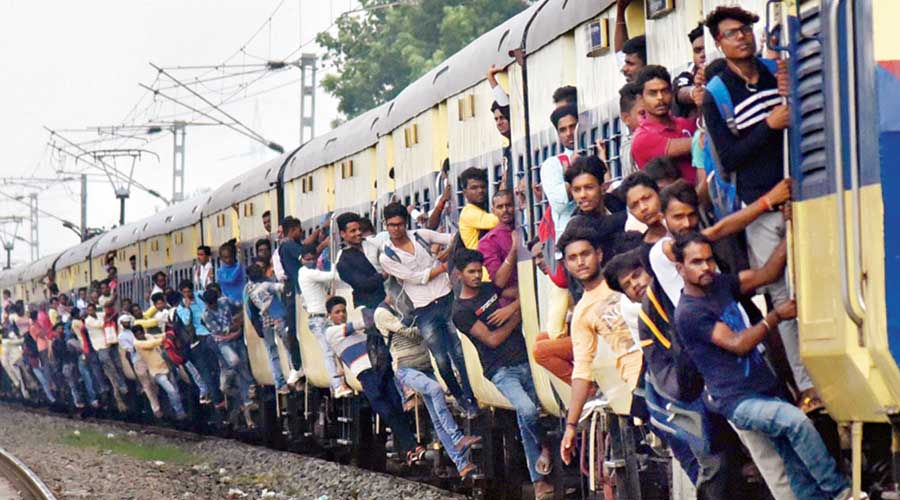 A six-member team from the Centre on a two-day visit to assess the devastation brought by four rounds of floods in Bihar so far this year, landed in Patna on Monday.

The state government greeted it with a demand of Rs 3,764 crore assistance required to deal with the situation, while chief minister Nitish Kumar asserted that the team arrived late despite request that it should come and see the situation.

“We request the central government every year to come and see the flood situation and how much area has been affected in the state. We had been asking the Centre to send a team to come and see everything, but it came late this time,” Nitish told media persons when asked about the visit of the assessment team.

Speaking further on the sidelines of his ‘janata durbar’ Nitish pointed out that the floods started early this year in the month of June, but the government has to stay alert about it till the end of September. He also said that the deluge has hit areas in south Bihar also, apart from the usual north Bihar areas.

“As per our assessment conducted a week ago, floods in the state have affected around 57 lakh people this year. We are conducting relief works for all of them. If the central team sees the affected places and feels that help should be provided to the state, it will do so,” Nitish added.

A presentation on the devastation by floods in the state this year was shown to the visiting central officials.

These are the departments that bear the brunt of the floods brought by the Ganga and the rivers flowing into the state from neighbouring Nepal, which destroy crops, roads, electricity supply system and other infrastructure.  “This is a preliminary demand by the state,” Amrit said.

The assessment team left for an aerial survey of the flood-affected areas after a meeting with the Bihar officials.

It will halt at Darbhanga on Monday evening and continue its work on Tuesday to fly over the deluge-hit areas in and around Bhagalpur.

Floods have hit 27 out of 38 districts in the state this year in which 53 people have lost their lives so far.

The state government has spent Rs 477 crore to proved gratuitous relief of Rs 6,000 to 7.96 lakh families so far apart from the usual rescue and relief operations, distribution of dry ration to the affected families and running community kitchen for the displaced.