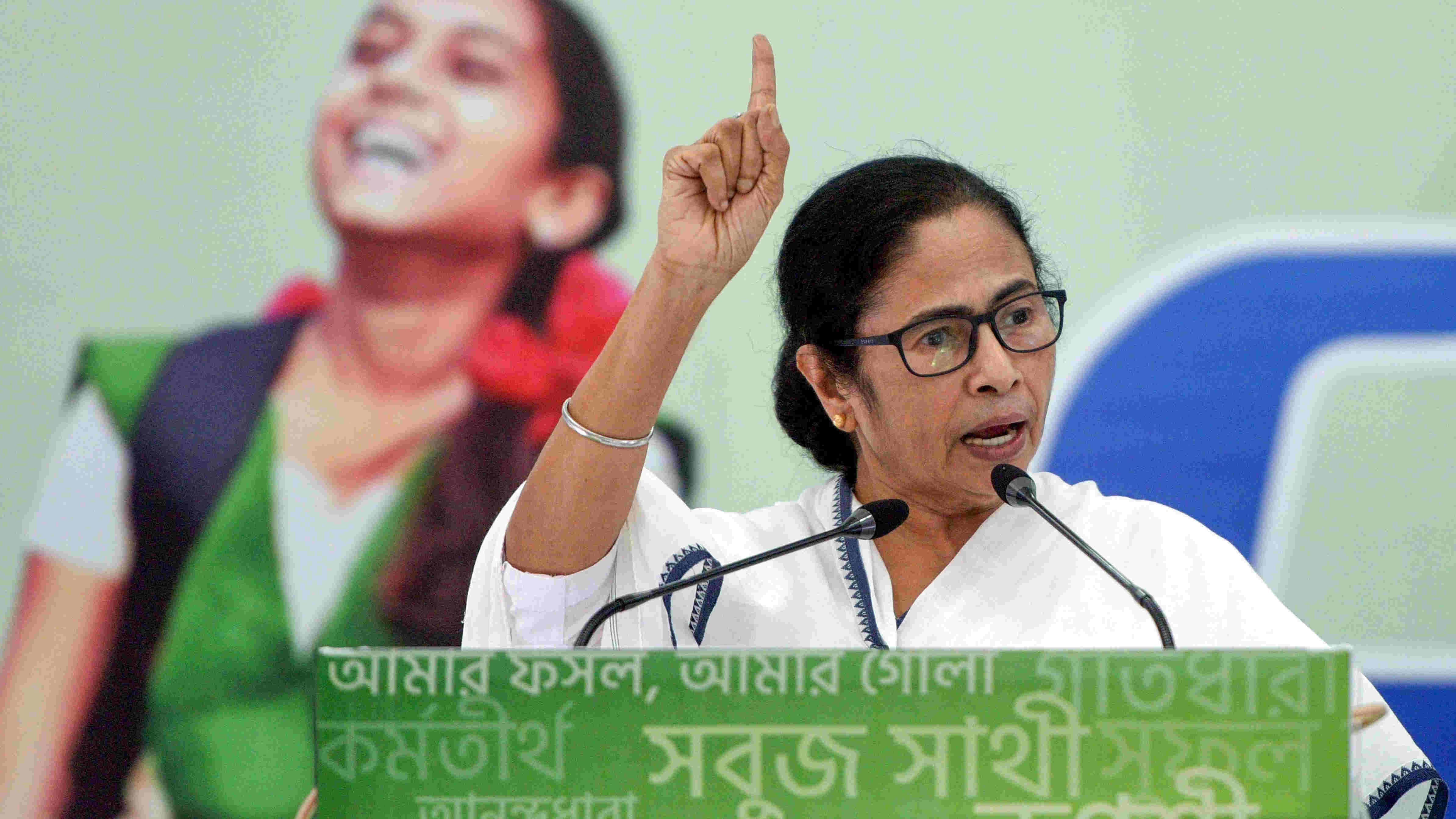 Chief ministers of six non-BJP-ruled states, including Mamata Banerjee,  Pinarayi Vijayan and Arvind Kejriwal, have written to the Centre to remind it of its "constitutional" responsibilities in the stand-off over the Rs 2.35 lakh crore shortfall in GST compensation and financial relief (from the pandemic) due to states.

The six CMS rejected the re-payment options - that states borrow to offset dues - and reminded the Centre it had a legal duty to reimburse states' loss of revenue in the first five years of the GST regime, reported NDTV on Wednesday.

They said if states were to borrow then repayment schedules would place an extra burden on their finances. The Centre, they said, could take up this burden and pay back the loan by carrying forward GST cess collection past 2022.

Apart from the chief ministers of Bengal, Kerala and Delhi, the others who also wrote to the Centre are Edappadi K Palaniswami (Tamil Nadu), K Chandrasekhar Rao (Telangana) and Bhupesh Baghel (Chhattisgarh).

Banerjee wrote to Prime Minister Narendra Modi, saying that depriving states of GST compensation was an "attempt to undermine federalism". She urged him not to belie the trust between the states and the Centre on the issue, reported PTI.

Attorney General K.K. Venugopal's opinion that it is not the responsibility of the Centre to compensate the states for Goods and Services Tax (GST) shortfall during a pandemic "appears to be an act of subterfuge", Banerjee said in the letter.

In the 41st meeting of GST Council on August 27, Union Finance Minister Nirmala Sitharaman said that the COVID-19 pandemic is an "act of God" which has hit GST collection and ruled out paying compensation to states from its coffers.

"On behalf of Bengal and other states, I sincerely urge you not to belie the trust between the States and the Centre on matters of GST which has been hailed globally as the finest example of cooperative federalism," Banerjee said.

Banerjee asked Modi not to allow "an insufferable blow to the federalist polity of the nation" by depriving the states of the GST compensation.

"I am deeply anguished by the Goods and Services Tax (GST) imbroglio which tantamounts to a betrayal of the trust and moral responsibility of the Government of India towards the states, violating the very premise of federalism.

"This is a travesty and an abrogation of the fundamental basis on which the states gave up 70 per cent of their taxing powers, including the entire VAT regime, to usher in the GST regime," Banerjee said in the four-page letter.

The "agreed formula" for giving up taxing powers was the promise of full compensation of shortfall in GST collection for five years, she said adding that the Centre is duty-bound to give compensation to the states.

She reminded Modi that as the chief minister of Gujarat, he had opposed implementation of GST and the late BJP leader Arun Jaitley had stated that the saffron party did not trust the Centre in honouring compensation of GST losses to the states.

"His words are ringing in our ears as we are losing trust on the BJP Government in the Centre, in honouring its solemn, promise of fully compensating GST losses to the states," Banerjee said.

The Kerala Chief Minister said transferring obligation of GST compensation to states through borrowing was not in accordance with the spirit of understanding between Centre and states on this issue. Referring to Sitharaman’s comments, he said: "it may be kindly (noted) that revenue loss and expenditure pressures have been greater for the states".

He also noted that assurance of compensation to meet shortfall in collections was one of the pillars on which the entire GST edifice rested.

As per the Centre's calculations, the compensation requirement of states in current fiscal would be Rs 3 lakh crore, of which Rs 65,000 crore would come from levy of cess.

Out of the shortfall of Rs 2.35 lakh crore, the shortfall due to GST implementation is Rs 97,000 crore and the remaining is due to Covid-19 impact.

The Centre has given two options to states -- to either borrow the entire Rs 2.35 lakh crore or borrow only Rs 97,000 crore through a special window, which would be provided by the RBI, to meet the revenue shortfall.