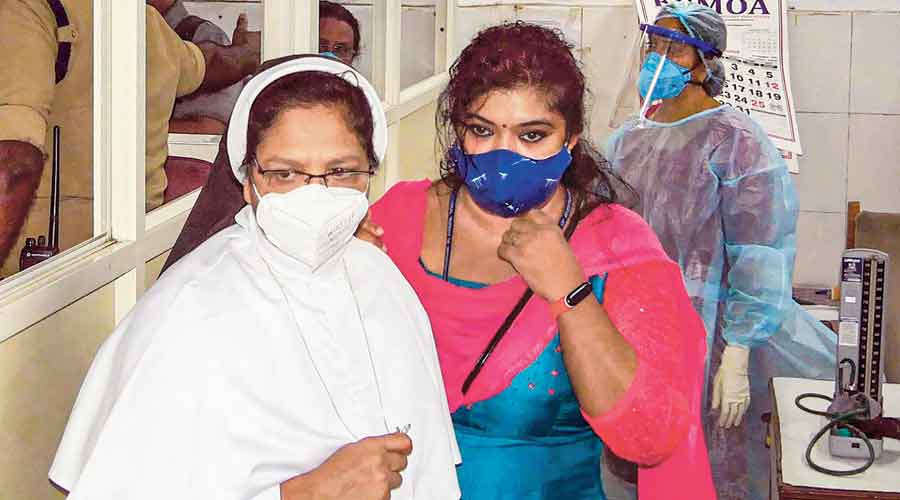 Sister Sephy (left) who were pronounced guilty by a CBI court in the Sister Abhaya murder case, being taken to prison in Thiruvananthapuram on Tuesday
PTI
K.M. Rakesh   |   Bangalore   |   Published 23.12.20, 01:51 AM

A special CBI court on Tuesday pronounced a Catholic priest and a nun guilty of the murder of Sister Abhaya whose body was found in a well at a convent in Kerala’s Kottayam district 28 years ago.

The case, involving the brutal murder of the 19-year-old Sister Abhaya after she saw two priests in a compromising position with a nun in a convent in 1992, witnessed many twists and turns as witnesses turned hostile and multiple investigative agencies wrote it off as a suicide, provoking protests.

The unwavering statement of a thief who had entered the convent that night and had seen the two priests sneak in helped in nailing the guilty.

On Tuesday, the CBI court in Thiruvananthapuram held Father Thomas Kottoor and Sister Sephy guilty of murder. The local police, crime branch and the CBI had filed closure reports before a court ordered a reinvestigation in 2008.

The CBI court found the priest and the nun guilty under IPC Sections 302 (murder) and 201 (destruction of evidence). Kottoor was also found guilty of house trespass in order to commit a punishable offence under IPC Section 449.

The court will pronounce the quantum of punishment on Wednesday.

According to the chargesheet, Abhaya, 19, an inmate of St Pious X Convent in Kottayam, had woken up at 4am on March 27, 1992, to prepare for her college exam. When she went down to the kitchen to fetch drinking water, she was believed to have seen Sephy and two priests in a compromising position in the nun’s room.

Kottoor strangled Abhaya while Sephy hit her on the head with a hand axe that left a deep gash. The duo then dumped Abhaya into a well while she was still alive, according to the findings of the CBI after the case was reopened.

While Kottoor is the first accused, Sephy is the third accused. The CBI court had in March 2018 acquitted the second accused, Father Jose Poothrukkayil, citing lack of sufficient evidence to proceed against him.

Kottoor and Poothrukkayil were lecturers at BCM College in Kottayam where Abhaya was a student of Class XII.

Only 49 of the 177 witnesses could be cross-examined. Key witnesses like Abhaya’s roommate Sister Anupama had turned hostile. A man named Sanju P. Mathew who lived near the convent had disowned his earlier statement that he had seen Kottoor’s scooter at the convent.

Kottoor looked emotionless as he was being escorted to a vehicle but said he was innocent. “I am innocent. God is my court,” he told reporters.

Kottoor and Sephy, who have been actively involved in Church duties, were later moved to respective jails for men and women in Thiruvananthapuram. The CBI had arrested them along with Poothrukkayil in 2008. But they were granted bail in January 2009.

Massive protests had erupted in Kerala after Sister Abhaya’s death after the local police and the crime branch wrote off the case as “death by suicide.” The CBI, too, had filed closure reports in 1993, 1999 and 2005, unable to decide whether it was a suicide or murder.

The central agency made the arrests after the court ordered it to reopen the investigation. 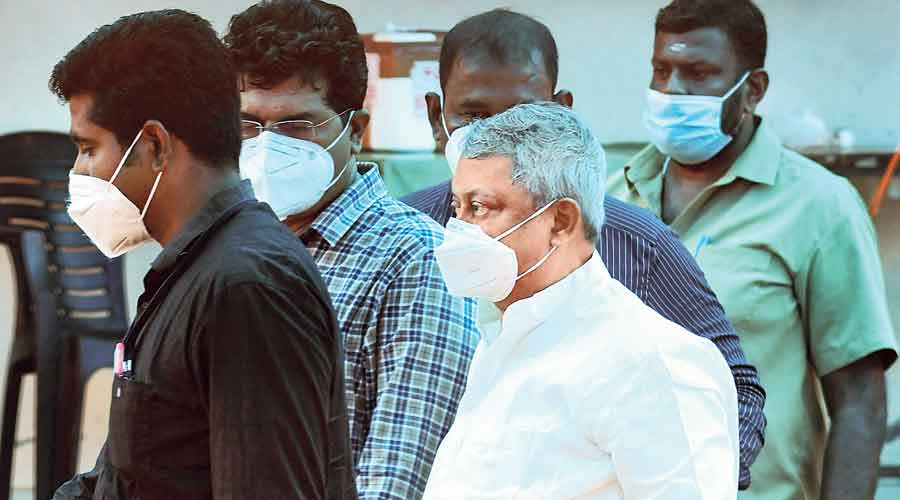 The testimony of a small-time thief, Adakka Raju, had come in handy for the prosecution to establish that the two priests had entered the convent the night before Abhaya was found dead in the well. Raju had been trying to steal copper strips of the lightning conductor on the convent roof when he saw the priests sneak in.

Raju, who has since been working as a manual labourer, told reporters after the verdict: “My child has got justice. I always call her my child.”

“I have two daughters. What will be the condition if they suddenly don’t exist? I saw that child as my own daughter,” Raju said, adding that he “had offers worth crores” to change his statement.

Abhaya’s parents died about four years ago and her only brother Biju Thomas works in Dubai.

Jomon Puthenpurackal, who was among the rights activists instrumental in getting the CBI to probe the case, told reporters that it was “the victory of the people” who had fought for the victim and her family.

“They thought they could sabotage this case with money and power. They even tried to lure me and eliminate me when I stood firm,” said the rights activist who had floated the Abhaya Case Action Council as a pressure group.

Varghese P. Thomas, the deputy superintendent of the CBI who had in 1993 as the investigating officer reported it as a case of murder, got emotional while reacting to the verdict. “When guilt is proved, it means truth has won,” said Thomas, who took early retirement after allegedly coming under pressure from his superiors to write off the death as a suicide.