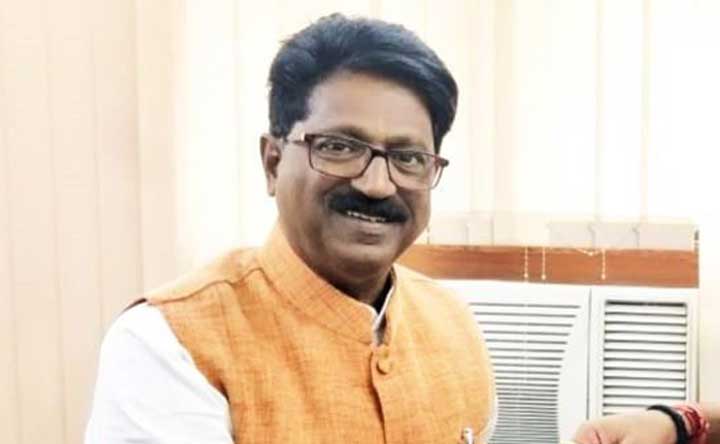 The Shiv Sena on Thursday supported the government on the triple talaq bill in the Lok Sabha but used the occasion to demand a similar show of urgency to bring a law for construction of a Ram temple at the disputed site in Ayodhya.

Sena MP Arvind Sawant told the Lok Sabha the urgency the government had shown in an essentially religious matter should be repeated for the Ram temple.

“Every other issue is urgent for the Supreme Court but not the Ram temple,” Sawant said, and asked the government to bring a law to pave the way for its construction.

The Ram temple was associated with the “faith” and “sentiments” of the majority community and the government should respect it and bring a law without delay, he said.

“The Shiv Sena will support you,” Sawant said, and a large number of BJP MPs could be seen welcoming his demand. “Ravi Shankar Prasad ji, you are a daredevil and gutsy lawyer. You should go ahead and bring a law to clear hurdles in the path of a Ram temple,” Sawant added.

The Sena MP warned the BJP it could meet the same fate as the Congress if it side-stepped the demand.

“Development alone is not enough. Even they (Congress) claimed to have done a lot of development but lost,” he said, and reminded the BJP that it had promised to build a grand Ram temple in Ayodhya once it won full majority.

The BJP now has majority in Parliament.

The Sena member also flagged other controversial demands, including introducing a uniform civil code and abolishing Article 370 that gives special status to Jammu and Kashmir. The MP said the government would have been spared the trouble of bringing a law to ban instant triple talaq had it brought in a uniform civil code.

The Sena, the BJP’s oldest-ally-turned-vehement-critic, has been using the Ram temple issue to pin-prick the “Big Brother” and drive a hard bargain over sharing of Lok Sabha seats in Maharashtra. The party is also demanding the chief minister’s post in Maharashtra, sources said.

The issue of uniform civil code was flagged in the House by BJP members, too.

BJP MP Meenakshi Lekhi flagged it to counter the Opposition’s argument as to why divorce was being criminalised only for Muslims.

Lekhi argued that equality for all was only possible if the House decides to bring a uniform civil code. “We can’t compare different religious personal laws. Social position of different religions is different,” she said.

Union minister Mukhtar Abbas Naqvi said argument of the Opposition that Muslims were being singled out was wrong since the concept of triple talaq did not exist among Hindus.

Speaker Sumitra Mahajan, too, intervened to point out that that such a practice was not prevalent among Hindus.