The BJP government in UP slaps sedition and UAPA cases on people because it suffers from allodoxaphobia: Congress MP 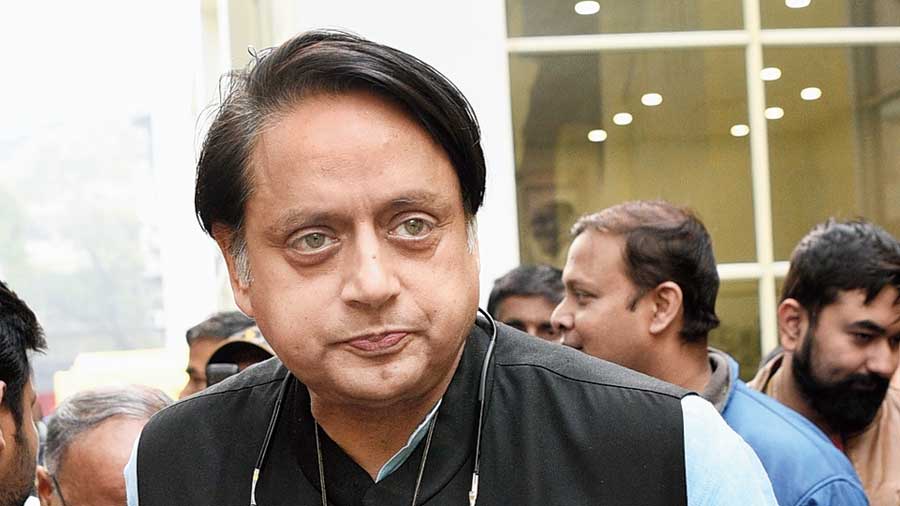 The other day, Shashi Tharoor, known for his English vocabulary, took a swipe at the BJP with yet another cracker of a word — allodoxaphobia.

Tweeting his “word of the day”, Tharoor explained that allodoxaphobia means “an irrational fear of opinions”. Giving an example on how to use the word, the Congress MP from Thiruvananthapuram wrote: “The BJP government in UP slaps sedition and UAPA cases on people because it suffers from allodoxaphobia.”

Word of the day, indeed of the last seven years: *Allodoxaphobia*

Meaning: an irrational fear of opinions.

Usage: “The BJP government in UP slaps sedition& UAPA cases on people because its leadership suffers from allodoxaphobia.”
(Greek: Allo=different, doxo=opinion,phobos=fear

While scribbling this, Tharoor may not have realised that not only Adityanath and company in Uttar Pradesh but also his own party colleagues in Kerala suffer from allodoxaphobia.

How else can one explain the furore Tharoor has generated in a confused Congress in his home state over a statement he made on Thursday in support of chief minister Pinarayi Vijayan’s development policies?

Speaking at the inauguration of the Lulu group’s new mall in Thiruvananthapuram, Tharoor had said that Vijayan was “trying to change the impression that the southern state was not investment-friendly”.

Besides Vijayan and Lulu group chairman Yusuff Ali, the Congress’s leader of the Opposition, V.D. Satheesan, and leaders of other political parties were on the podium.

Tharoor said that although he had in the past tried to attract international investors to Kerala taking advantage of his stint at the United Nations, “they all eventually went to the neighbouring state citing the reasons of strikes, hartals among others in Kerala”.

Tharoor went on: “However, our chief minister is trying to change the perspective and I feel that it is a good thing....”

Many eyebrows were raised on the podium itself. For, only a few days earlier, Tharoor had refused to sign a letter written by MPs from the Congress-led UDF to the Centre against the state government's Silver Line semi-high-speed rail corridor connecting Thiruvananthapuram with the northern district of Kasaragod.

Tharoor had explained that he had not yet studied the project thoroughly. However, the Congress had conducted a feasibility study and decided the project would do more harm than good.

At the Lulu function, Tharoor requested all political parties in the state to stand together and send across a message that “Kerala is open for business”.

“Let today’s inauguration be the beginning. Things are changing in Kerala. Let people come here. Our chief minister is ready to welcome them,” Tharoor said.

What got senior state Congress leaders squirming at Tharoor’s words was that Vijayan had in his speech earlier accused the Congress, without naming it, of blocking Kerala's development.

The Rs 64,000-crore Silver Line project is expected to connect Kerala's northern and southern ends in 4 hours instead of the current 12. It’s Vijayan's pet project and he has described those opposed to it as “sadists” who want to torpedo the state’s development.

The Congress and a host of experts and activists, including Medha Patkar, have been agitating against the project, which many feel would split the state vertically since a 13-15m high wall will be erected on both sides of the track.

Thousands will be displaced with no clear-cut rehabilitation plan on paper. Environmentalists have warned of an ecological disaster, especially in the light of the recurring floods in the state. Part of the Western Ghats too will be affected.

Even some CPM journeymen fear the project would mark Vijayan’s Nandigram-Singur moment.

Senior Congress leaders have failed to see reason in Tharoor’s opinion. Former state unit president Mullappally Ramachandran has said: “Tharoor is bound to take a stance in line with the party discipline. Even a child knows the side-effects of the rail project.”

A chorus for action against Tharoor is gaining momentum. On Friday evening, state Congress president K. Sudharakaran said he would ask Tharoor for an explanation. If this is not an irrational fear of opinions, what is?

Tharoor has his own reasons to stick his neck out. From the day he came to contest from Kerala over a decade ago, he has never been part of the Congress flock in the state. He has been a loner and has held on to his beliefs, especially when it comes to the “good of his constituency”.

Besides, good old Trivandrum has lived up to its reputation for voting for personalities rather than political parties. After all, it is the constituency that provided a platform for the late V.K. Krishna Menon when almost everyone had written him off.

Tharoor knows it all. Not long ago, he had come out in support of the Adani takeover of the Trivandrum International Airport, much to the annoyance of his party and the ruling CPM. But Tharoor stood his ground.

With his open backing of Vijayan, there is already speculation in political circles that Tharoor is trying to be on the safe side in case he is not with the Congress in 2024.

Tharoor is unfazed at the criticism from his own party. Immediately after the demand for disciplining him, he tweeted with a photograph of him with Vijayan: “Enjoyed discussing Kerala's development with CM Pinarayi Vijayan. On some issues it is necessary to put political differences aside & get on with growth. The young people of our state deserve opportunities that the current economic situation does not offer them.”

It’s clear that Tharoor is not much worried over party colleagues’ allodoxaphobia.