Modi is scheduled to attend the two-day convention on Sunday 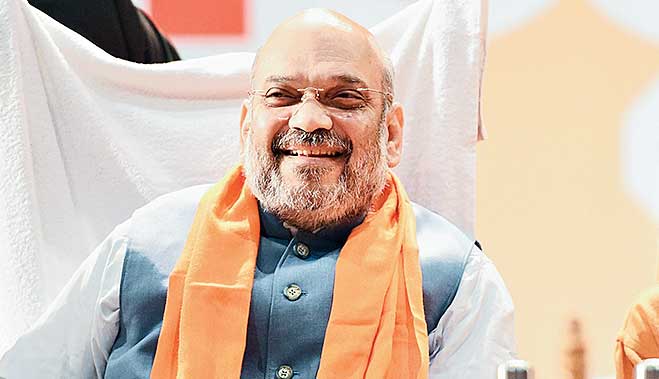 “We purchased 50 per cent of the produce of the farmers. But Rahul Baba, you didn’t know that a crop couldn’t be bought without making arrangements to keep them or without opening purchase centres,” Shah told members of the Kisan Morcha at the outfit’s national convention in Gorakhpur on Saturday.

“The Prime Minister announced increased minimum support price for certain crops. But the Congress made it an issue by saying that many crops were left out. And you all kept listening to them. Friends, I want to ask you to give them a jaw-breaking reply (and) scratch their face because they didn’t do anything in eight years after the Swaminathan Committee report was submitted in 2006.”

Modi is scheduled to attend the two-day convention on Sunday.

Shah compared Modi with Lord Krishna, Ram and Gautam Buddha. “People ridicule a leader, a person who brings social change. They had laughed at Krishna, Ram and Buddha. Narendra Modiji is bringing changes for farmers,” he said.