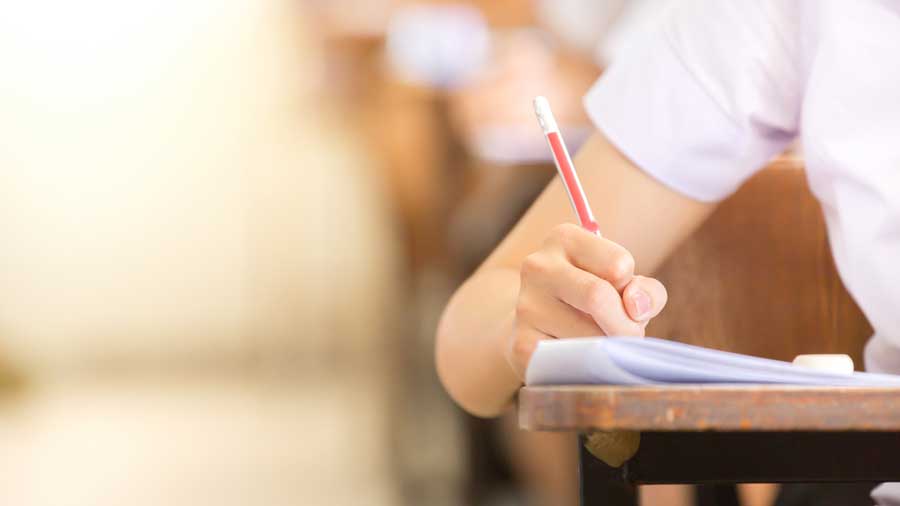 Sanjay Pandey said the school first issued notices seeking the payment of fees and then barred his children from the online classes.
Shutterstock
Basant Kumar Mohanty   |   New Delhi   |   Published 09.08.21, 02:37 AM

Diya Divya has failed the CBSE Class XII boards after her school barred her from the pre-board exam and practical tests because her father had not paid her tuition fees.

With the pandemic forcing the CBSE to cancel this year’s Class XII board exams, students’ marks from the internal pre-board exam received 40 per cent weightage during the calculation of their theory scores.

Divya, who studied at the North-Ex Public School in Rohini, said she would now take the equivalent test of the National Institute of Open Schooling (NIOS) next year.

She is not eligible to sit the CBSE compartment exam —expected in a few weeks — because she has failed in more than one subject.

“My career has been pushed back by a year. I wanted to do Delhi University’s journalism course,” she said.

Her father Sanjay Pandey said he had failed to pay the school fees since April last year after losing his job in the administration of a private hospital at the beginning of the lockdown.

An email and calls to the school principal, Upma Saxena, went unanswered.

The principal of another school and a schoolteacher, however, alleged that many parents deliberately default on tuition fees, which are crucial to paying teacher salaries.

Divya said she had written to her school, where she had studied since 2012, to let her take the pre-board exam — held online and offline in two legs late last year — and the practical assessments held around the same time. “But they did not consider (the request),” she said.

Pandey said he had also failed to pay the school fees of his son Parth Pranjal — who was a Class IX student at North-Ex last year — since losing his job.

“I had never before defaulted on school fees. I told the school I would pay the dues when I get a job,” he said.

Pandey said the school first issued notices seeking the payment of fees and then barred his children from the online classes. Later, it stopped both from taking exams.

“My son was not allowed to take the Class IX exam. Now I shall register both the children with the NIOS,” Pandey said.

He said he had written to the Delhi government seeking its intervention but got no relief.

The principal of another school said: “Private schools survive on the tuition fees alone. It’s an unwritten understanding that the parents will pay the fees on time.”

A schoolteacher said many schools cannot pay their teachers’ salaries because of defaulting parents.

“Many parents have used the plea of Covid to not pay their dues. They should try to pay in instalments or after a few months,” he said.

Ashok Agrawal, president of the All India Parents’ Association, said that when parents are genuinely unable to pay school fees, the government must step in and pay the dues. “This will ensure the students are not disturbed,” he said.

Agrawal said he knew about many students who had faced the same fate as Divya but could not cite statistics because no data on such students was sought by the CBSE or provided by the schools.

The CBSE announced this year’s results based on students’ performances in past written exams — their Class X boards, Class XI exam and the pre-board Class XII exam — as well as the Class XII practical tests and internal assessment.

After the results of 13.7 lakh students were announced on July 30, those of the remaining 65,000 students were declared on Thursday. When Divya downloaded her results on Thursday, they said: “Essential Repeat.”

A CBSE official said the results of 65,000 students were delayed mainly because their schools were late in sending their marks to the board.

The official said that students unhappy with the computation of their results might apply to the CBSE, which would refer their grievances to an expert committee.