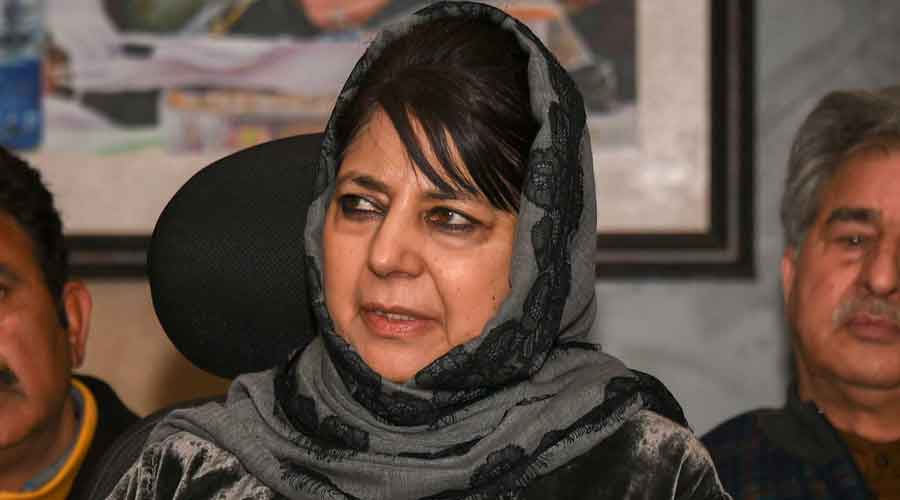 The Supreme Court told the government on Tuesday that a person could not be kept in preventive detention “forever” and asked the Centre and Jammu and Kashmir administration how much longer would former chief minister Mehbooba Mufti be confined.

Hearing a challenge to Mehbooba’s detention from her daughter Iltija, Justice Sanjay Kishan Kaul on Tuesday told solicitor-general Tushar Mehta: “Find some via media out. Detention can’t be forever…. Detention for how long and under what order? You’ll have to address us on the ground of detention and what is the maximum period and whether you can extend it beyond it one year?”

Mehbooba was detained under the stringent Public Safety Act on August 4 last year as part of the unprecedented clampdown that accompanied the cancellation of Jammu and Kashmir’s special status. As the PSA allows for detention without trial for up to three months, the government has kept her confined by extending the imposition of the law on the People’s Democratic Party leader thrice now — on February 5, May 5 and July 31.

Mehbooba had first been held in a government guesthouse and later shifted to her home in Srinagar that has been converted into a sub-jail. Thousands of Valley politicians had been detained during the clampdown but most have since been released.

Iltija has also sought permission for the family and others to meet Mehbooba, besides permission to the jailed leader to hold party meetings.

“We also want to know the proposal of the government and how long do you propose to extend it (detention)?” the bench, also having Justice Hrishikesh Roy, asked Mehta.