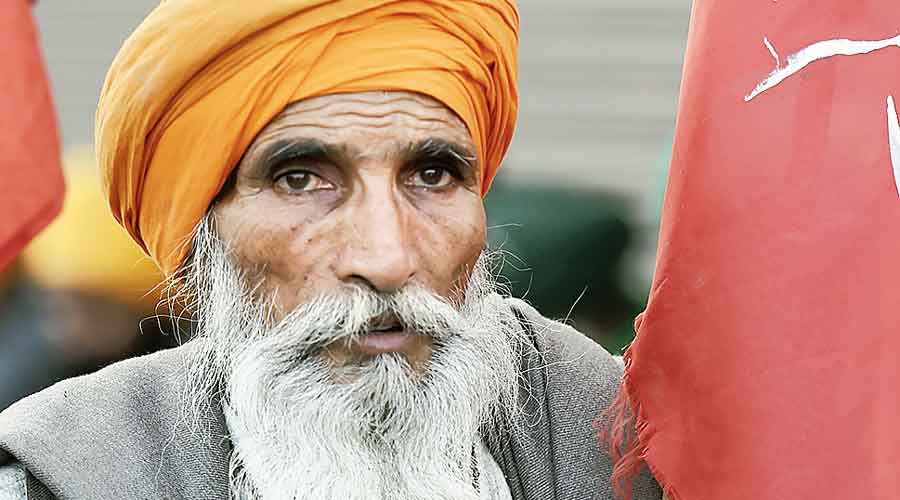 The Samyukta Kisan Morcha on Saturday decided to set up a five-member committee to negotiate with the Centre to resolve the pending issues, now that the government has opened back channels of communication with some farmer leaders.

The farmers will meet again on Tuesday and are hopeful the government will in the interim respond to the Morcha’s call for talks and work with the five-member committee. For now, the protests will continue.

Indications are that the Morcha is willing to be part of the proposed committee to discuss the farmers’ demand for a law guaranteeing minimum support prices (MSPs) for all crops.

But the farmers, while conceding that enacting a law overnight may not be possible, want a written assurance on a legal guarantee on MSPs. They are clear they will not leave the protest sites until the cases against them are withdrawn and compensation is paid to the families of farmers who died during the agitation.

The decision to set up a five-member committee was taken after Yudhvir Singh, general secretary of the Bharatiya Kisan Union (Tikait), told the Morcha that Union home minister Amit Shah had called on Friday night to find a way to end the agitation.

Sources said Yudhvir informed the Morcha that he had heard Shah out and told the minister he had no decision-making powers but would inform the other union leaders about the meeting.

The Morcha sees these attempts by the government to reach out to farmer union leaders for the first time since January as an indication of the Centre’s eagerness to find a way to end the farmers’ protest.

A Morcha statement noted that the government was yet to formally respond to the open letter for talks sent by the outfit to Prime Minister Narendra Modi on November 21, two days after he had announced the decision to repeal the three contentious farm laws.

“The Government of India has, however, chosen to work informally and in a piecemeal fashion of responding to some of the issues being raised by the protesting farmers,” the statement said.

Briefing journalists after the meeting of the Morcha’s general body at the Singhu border protest site, the president of the All India Kisan Sabha, Ashok Dhawale, said: “There have been some talks with the government and they are changing their attitude to some of our demands.”

Later, he told The Telegraph that the five-member committee was being set up to create a formal mechanism for talks with the government and to make the dialogue transparent.

Besides Dhawale, the committee will include Yudhvir, Rajewal, Gurnam Singh Chaduni (BKU-Haryana) and Shiv Kumar Kakkaji of the Rashtriya Kisan Mazdoor Mahasangh.

On the Morcha’s insistence on the withdrawal of the police cases, Kakkaji explained that the farmers had learnt the hard way not to leave protest sites without the FIRs being withdrawn.

He cited the example of the Mandsaur agitation in Madhya Pradesh in 2017, when the government provided compensation as promised but did not withdraw the cases after the agitation ended.

“So we will not budge without withdrawal of the cases against the protesting farmers and those who have supported our movement,” Kakkaji said.

He said the government would also have to give written assurances so that there was no going back once the agitation was called off.

The Morcha has in the past underlined that even during this agitation, the government gave certain assurances on the electricity bill during the 11 rounds of negotiations but later went back on them.