Amit Shah was involved in Pilot's rebellion, when some Congress MLAs loyal to him were holed up in a Gurugram resort for more than a month 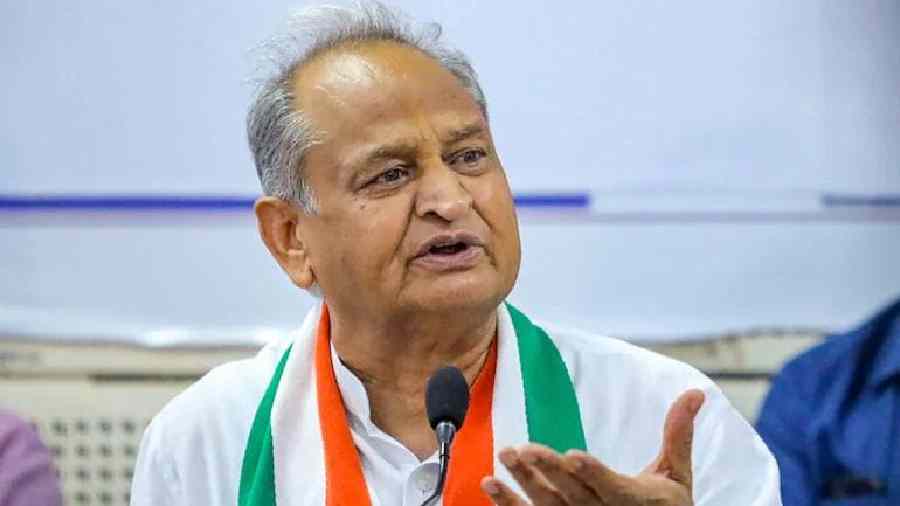 Rajasthan Chief Minister Ashok Gehlot called Sachin Pilot a "gaddar" (traitor) on Thursday and said he cannot replace him as he had revolted against the Congress in 2020 and tried to topple his own government.

The remarks have further widened the fissures in the Congress party in Rajasthan, where Assembly polls are slated next year. The Bharat Jodo Yatra, led by Congress leader Rahul Gandhi, is also set to enter the desert state.

Pilot, who walked alongside Rahul Gandhi and Priyanka Gandhi Vadra in the Bharat Jodo Yatra in Madhya Pradesh on Thursday, did not react to Gehlot's remarks.

Gehlot also alleged that Union Home Minister and senior Bharatiya Janata Party (BJP) leader Amit Shah was involved in Pilot's rebellion, when some Congress MLAs loyal to him were holed up in a Gurugram resort for more than a month and Union minister Dharmendra Pradhan visited them often, claiming that he has proof that an amount of Rs 10 crore was paid to each of those legislators, including Pilot.

The veteran leader also said the Congress can replace him with any of its 102 MLAs in Rajasthan except Pilot if the top leadership feels that the prospects of the party would improve in next year's Assembly polls.

"The MLAs will never accept someone who has revolted and has been dubbed as a gaddar. How can he become the chief minister? How can the MLAs accept such a person as the chief minister? I have proof that Rs 10 crore each were distributed to the MLAs holed up in a Gurugram resort for toppling the Congress government in Rajasthan," Gehlot told NDTV.

He said one will never find an example where a party president "tries to topple his own government".

Rajasthan BJP chief Satish Punia has, however, denied the charge that the saffron party was involved in paying money to Congress legislators in 2020 to defect.

Gehlot said if Pilot had apologised to the MLAs and won them over, things would have been different.

"Till now, he has not apologised. If he had apologised, I would not have had to apologise," the chief minister said, referring to his apology to former Congress chief Sonia Gandhi after more than 90 MLAs close to him did not allow a Congress Legislature Party meeting to take place.

Asked if Pilot can still replace him if the high-command decides so, Gehlot said it is a hypothetical question. "How will that happen? That cannot happen," he said.

He said a recent meeting of the party MLAs after they did not allow the CLP meet to take place was not a rebellion but a "revolt against Pilot who tried to topple his own government".

Gehlot and Pilot have been at loggerheads over chief ministership ever since the Congress won the Rajasthan polls in 2018.

While Gehlot has been saying that Pilot's 2020 rebellion cannot be ignored and that he does not enjoy the support of a majority of the Congress MLAs, the Pilot camp has been claiming that the legislators want a change in the leadership.

There have been murmurs in the Rajasthan Congress over a possible change in the leadership, but the same is being resisted by another section too.

Gehlot has been saying that the 90 MLAs who had saved the government during Pilot's rebellion are loyal to the party high-command and not to him.

He said the legislators wanted Pilot to at least apologise to the party high-command and the people of Rajasthan.

Gehlot expressed the hope that the Congress high-command will do justice with Rajasthan.

Bharat Jodo Yatra will be successful in Rajasthan: Pilot