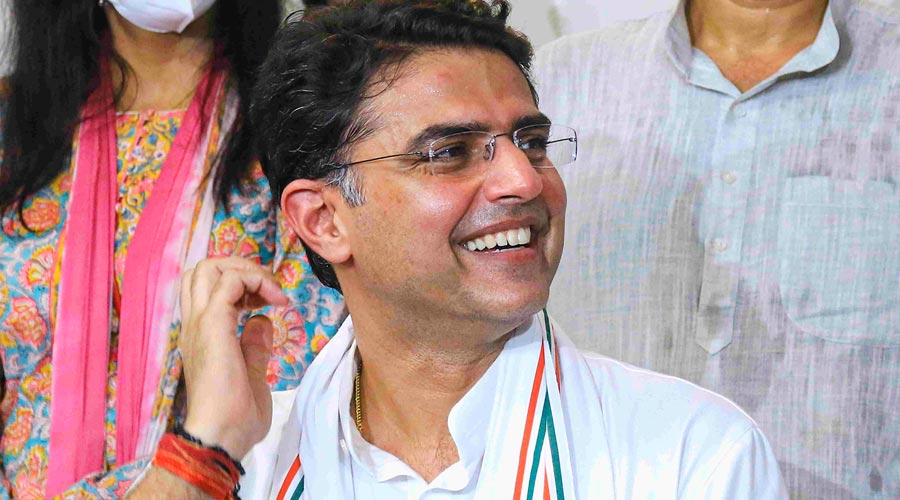 Congress leader Sachin Pilot on Wednesday distanced himself from a threat by a Gurjar outfit to disrupt the Bharat Jodo Yatra if its demand to make him the Rajasthan chief minister is not accepted, and instead accused the BJP of trying to create "disturbances".

Gurjar Arakshan Sangharh Samiti leader Vijay Singh Bainsla has threatened to oppose Rahul Gandhi's yatra in the state unless his demands, including making Pilot, a prominent face from the community, the chief minister are accepted.

Bainsla has also accused the Congress government of not fulfilling the promises made to the community.

"No matter how hard the BJP tries, the yatra will be successful," Pilot said when asked about Bainsla's threat.

"The BJP may try to create disturbances...but it is 'Bharat Jodo Yatra' and it will be successful. We will all welcome the yatra with unity," he said outside the party's war room where a meeting has been convened to review preparations for the foot march.

On Bainsla's remarks that the community had voted for the Congress believing that a Gurjar leader will be made the chief minister, Pilot said the Congress was reduced to 21 seats in the 2013 assembly elections, but the people gave it a mandate in the 2018 elections.

The former deputy chief minister said he was confident that the yatra will be "historic" and that the people are excited.

"People from all communities want the yatra to come to the state. From here, it will be a new beginning for the Congress for elections and for the people of the state," he said.

The Congress leader, who attended the meeting at the war room briefly, said the yatra is expected to enter Rajasthan between December 3 to 6, but the exact date will be fixed later.

"The yatra will be taken out for 15-18 days and will culminate with a rally in Alwar. It will be a big rally in view of the assembly elections next year and will give a positive message," he added.

The Gurjar community constitutes five to six per cent of the state's population and is influential in over 40 seats, mainly in eastern Rajasthan. This region includes the districts from where the yatra is scheduled to pass.

Infighting between Chief Minister Ashok Gehlot and Pilot over the post of chief ministers has been going on for long, an issue which has triggered two political crises in four years of the Congress government.