In a statement, the regulator said the two pilots were operating an ATR-72 aircraft from Delhi to Jabalpur on March 12 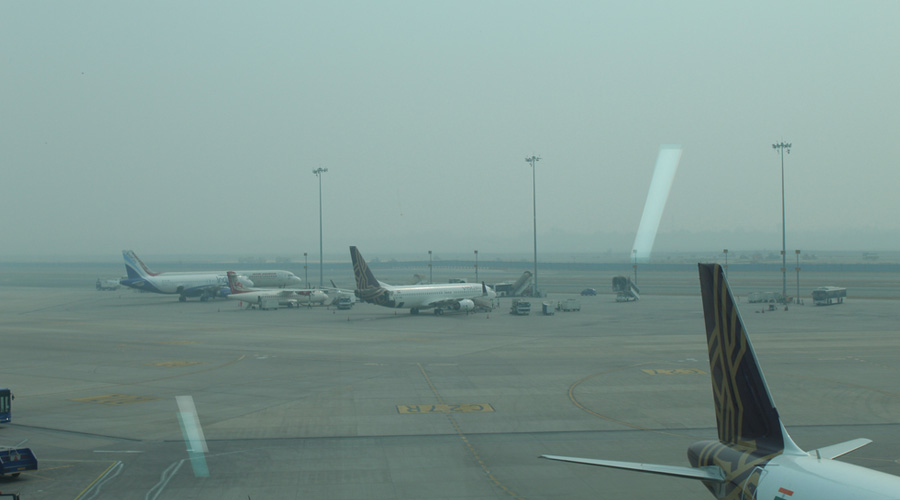 Aviation regulator DGCA on Tuesday said it has suspended the licenses of two Alliance Air's pilots whose actions led to their plane overshooting the runway while landing at the Jabalpur airport on March 12.

In a statement, the regulator said the two pilots were operating an ATR-72 aircraft from Delhi to Jabalpur on March 12.

The Directorate General of Civil Aviation (DGCA) said its probe found that during landing at the Jabalpur airport, the aircraft floated for a long period and touched down approximately 900 metres after the aiming point (touchdown point).

"The decision of PF (pilot flying) to continue in spite of long float resulted into long landing and subsequently runway excursion. PNF (Pilot not flying) did not call out for Go-Around despite of prolonged flare," the regulator said.

A "Go-Around" is done when a pilot feels that the aircraft does not have a stabilised approach just before landing.

In the statement, the DGCA said the above "action or inaction" of the crew jeopardized the safety of the aircraft and its occupants and was in violation the Aircraft Rules 1937 and Civil Aviation Requirement (CAR).

"The privileges of the licenses held by both the operating crew have been suspended for a period of one year," it mentioned.