Interacting with the media after joining the TMC, he appeared appreciative of the party’s ability to take an aggressive stand on issues 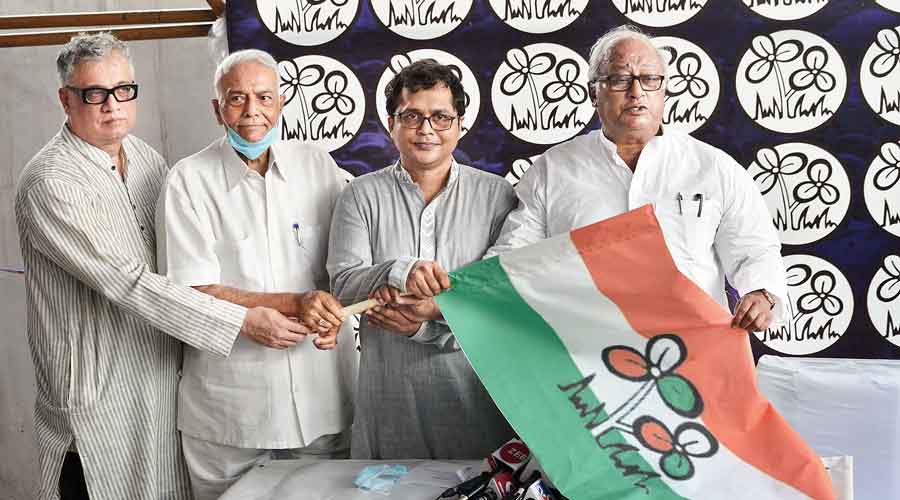 RTI activist Saket Gokhale joined the Trinamul Congress in the capital on Thursday in the presence of recent entrant from the BJP, Yashwant Sinha, and other senior leaders such as Saugata Roy and Derek O’Brien.

Interacting with the media after joining Trinamul, Gokhale appeared appreciative of the party’s ability to take an aggressive stand on issues.

“The TMC is the second-largest Opposition party in Parliament and it was my obvious choice. If you look at all the national parties, the TMC takes an aggressive stand. The way the chief minister of Bengal has been fighting on the front foot, that’s what I am looking for.”

Explaining his decision on Twitter, Gokhale said: “The fight to safeguard our democracy & its institutions needs all hands on deck. I hope to contribute in the best way I can.... The battle for me remains what it always has been. I will continue to do what I do with greater strength. The need for Opposition unity today is greater than it has ever been. Everyone that is fighting the monster of BJP’s fascism is forever a friend & ally of mine.”

Honored to join @AITCofficial under the leadership of the ever fearless @MamataOfficial & @abhishekaitc.

The fight to safeguard our democracy & its institutions needs all hands on deck. I hope to contribute in the best way I can.

Thanks for the warm welcome

It was in response to an RTI filed by Gokhale that the Union home ministry had in January last year said it “has no information concerning tukde-tukde gang”.

Gokhale had filed the RTI application on December 26 after Union home minister Amit Shah had told a rally in Delhi that the “tukde-tukde gang” needed to be taught a lesson.

Since the term was coined in the wake of protests at Jawaharlal Nehru University in 2016, the BJP leadership and the Right-wing ecosystem had been using it not just in the context of JNU but also that of political opponents.