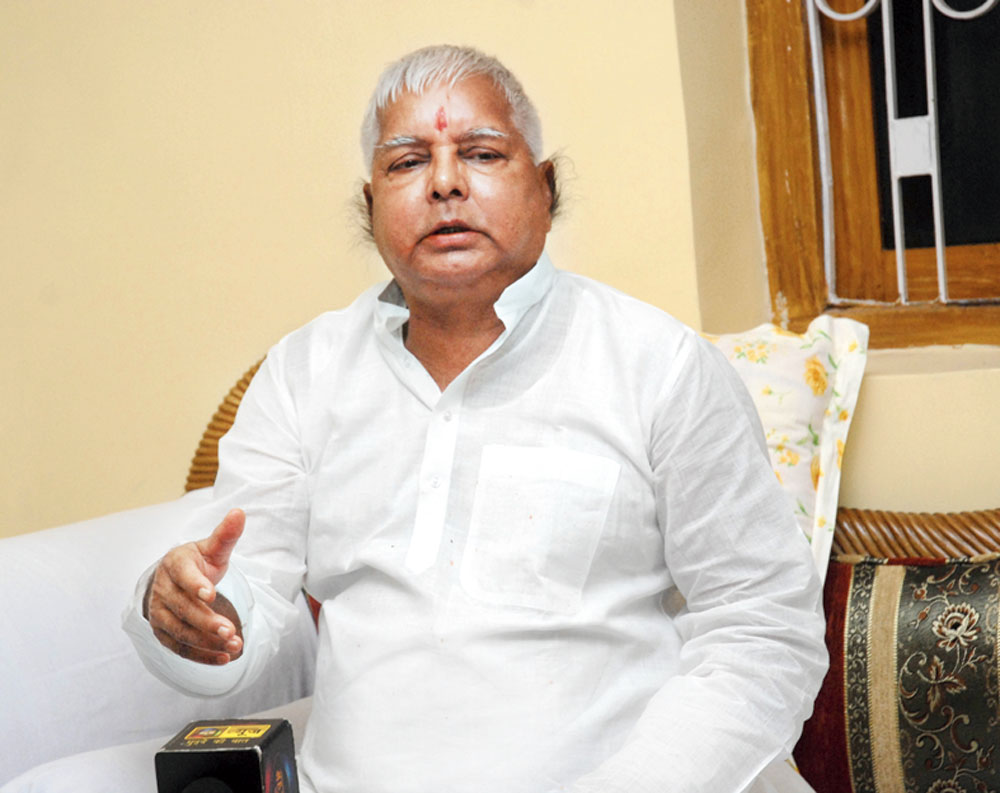 The RJD in Bihar on Thursday nominated two candidates for the Rajya Sabha elections, ignoring the claims of ally Congress that had been demanding a seat in keeping with a tie-up formula agreed upon before last year’s Lok Sabha polls.

Congress leaders expressed shock at being left out, saying the RJD’s unilateral decision would have a bearing on the Opposition Grand Alliance in Bihar.

Lalu’s younger son Tejashwi Prasad Yadav, however, claimed that he had held discussions with the top Congress leadership in Delhi before announcing the candidates.

Bihar Congress legislator Prem Chandra Mishra said: “What has happened is a lesson for us. The RJD had publicly assured us that it would give the first Rajya Sabha seat from its quota to us. It is on record. If it goes back on its own word then it is a very unfortunate situation for the allies.”

A senior Congress leader said on the condition of anonymity that the RJD had taken advantage of the situation in Madhya Pradesh, where the Congress government is in peril, to declare its candidates without accommodating the ally.

Tejashwi, however, said: “We discussed everything with our party leaders and also with the top leadership of the Congress. We had apprised Laluji about this recently and through him, Congress leader Sonia Gandhiji.”