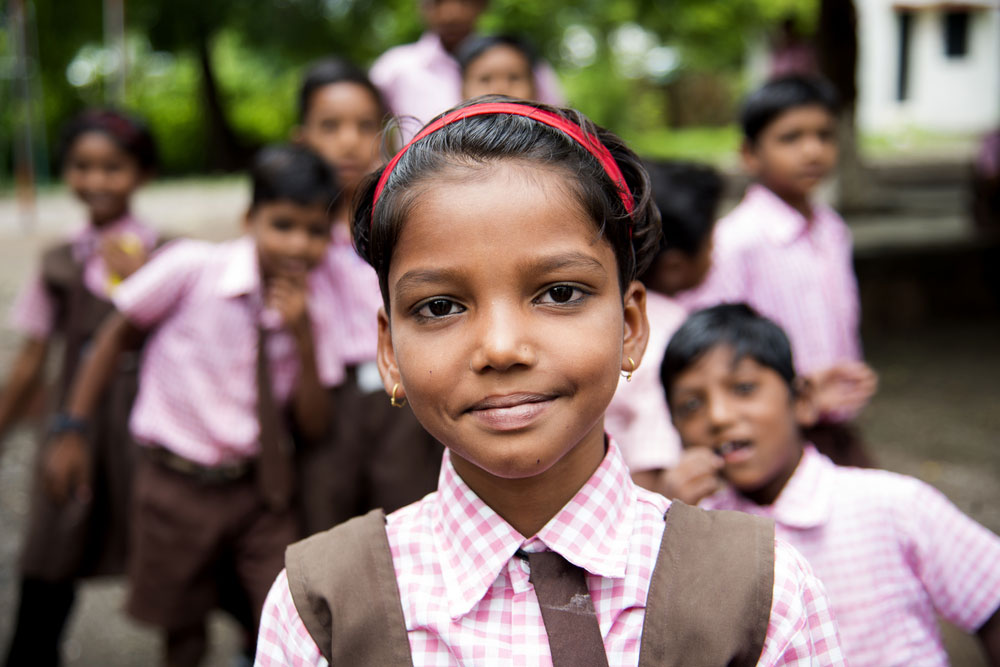 The Right To Education Act provides a legal guarantee of free and compulsory education only at the elementary level — Classes I to VIII — and the first batch of the economic quota students have just completed Class VIII.
(Shutterstock)
Basant Kumar Mohanty   |   New Delhi   |   Published 01.04.19, 10:17 PM

Tens of thousands of impoverished students studying free of cost in private schools under the Right to Education Act face the threat of being taken off the rolls when the new academic session starts this week.

These students were admitted to Class I under the act’s quota for the economically weaker sections (EWS) in 2011, the first school year to start after the act came into force on April 1, 2010.

According to the act, private and unaided schools “shall admit in Class I — to the extent of 25 per cent of the strength of that class — children belonging to weaker sections and disadvantaged groups”.

However, the act provides a legal guarantee of free and compulsory education only at the elementary level — Classes I to VIII — and the first batch of the economic quota students have just completed Class VIII.

Two human resource development ministry officials said they had received feedback from across the 18 states and Union territories that have implemented the economic quota about the possible ouster of these children from private schools. (Another 16 states and Union territories, including Bengal, have not implemented the quota, while Jammu and Kashmir is exempt and Lakshadweep has no private schools).

“We are examining the matter. Some decisions will be taken soon,” Rina Ray, secretary, department of school education and literacy, told The Telegraph.

Several private schools in Delhi have asked their quota pupils who have completed Class VIII to start paying the full fees from the upcoming session or leave, parents have told this newspaper. Such a directive violates a local Delhi law that mandates private schools to teach the economic quota children free of cost till Class XII.

The parents of a quota student of Bharatiya Vidya Bhavan Mehta Vidyalaya who has just completed Class VIII were shocked to receive a letter, signed by principal Anju Tandon, on January 31 asking them to pay the school fees from now on.

This newspaper has a copy of the letter, which quotes the RTE Act’s provision for the economic quota and adds: “Your son/daughter was admitted in (sic) the school in weaker section/DG category group. He or she has completed elementary education (Class VIII) in compliance with the above article of RTE Act 2009. Your son/daughter... is eligible for free and compulsory education up to Class VIII. You are therefore requested to pay full school fee equivalent to open seat admitted student/general category students from next academic session i.e. April 2019.”

The name of the pupil is being withheld at the request of the parents.

A similar letter has been sent to the parents of all the school’s quota students who have become eligible for promotion to Classes IX to XII, this newspaper has learnt. Till last year, the school had provided free schooling to quota students till Class XII, in keeping with the Delhi law.

“It will be difficult for my child to cope with the environment at a government school. This school provided free education beyond Class VIII all these years but is suddenly asking for fees. It’s unfair,” one of the parents said.

An email sent to the official account of the school around noon on Monday, and calls made to its landline number, remained unanswered till evening.

The current threat would not have arisen had the Narendra Modi government acted on a suggestion from RTE activists such as Ashok Agrawal.

Agrawal, a lawyer by profession, had written to HRD minister Prakash Javadekar last November asking that the RTE Act be amended to extend the legal guarantee for free schooling for every child up to Class XII.

“Had the government done so, no school could have pushed the (quota) children out,” Agrawal said.

Ironically, the Modi government fast-tracked a constitutional amendment to provide for another EWS quota — a 10 per cent reservation for the upper caste poor in government jobs and higher-education institutions, including private colleges.

These institutions have already begun implementing the quota while the school education department has not yet acted on the threat faced by those studying in private schools under the RTE Act’s EWS quota — which applies across castes and communities.

“If the Modi government were really serious about the economically weaker sections, it would have ensured the continuation of free education for the quota children in private schools,” said Mitra Ranjan, who workers for the RTE Forum, an NGO.

But the Delhi Right of Children to Free and Compulsory Education Rules, 2011 — which replaced a 2004 law — says the private schools must “continue to provide free education… till completion of secondary/senior secondary education”. It adds that the schools will not be reimbursed after Class VIII.

“But the implementation of the quota beyond Class VIII (in Delhi) has been erratic. Some schools are holding tests illegally to admit students to Class IX and rejecting them. Some schools are asking for fees for continuation in Class IX,” Agrawal said.

Tushar Rathore, 14, had applied for admission to Class IX in Delhi Public School Dwarka after studying under the economic quota at a private school that teaches only up to Class VIII. He was excited about enrolling in a “quality” school and hopeful of cracking the admission test.

He took the test on March 24 with about 30 other quota students from various schools. His father Prem Singh Rathore said that all the students were declared “failed” the next day.

“The school deliberately failed all these children as it does not want to admit any quota child. The school will justify the denial of admission citing the entrance test results,” Rathore said.

An email sent to Binay Bhushan, the Delhi government’s director of education, seeking his reaction to the violation of the state’s rules by several private schools remained unanswered too.

A call to Bhushan’s office landline number was taken by a staff member, who said the department would first examine the allegations of law violation and comment only after that. He did not transfer the call to Bhushan, saying the director was busy. Calls to Bhushan’s mobile number went unanswered.

Ameeta Mullah Wattal, principal of Springdales School, a private school here, said the parents of the quota children and the government should bear some responsibility.

“The responsibility of providing education cannot entirely be passed on to the private schools. The existing reimbursement for EWS children in Delhi is not enough to sustain the educational requirements of the children,” she said.

“There is no reimbursement after Class VIII. The RTE Act applies only up to Class VIII. The government has to find other means of sustaining the (quota) children in private schools.”